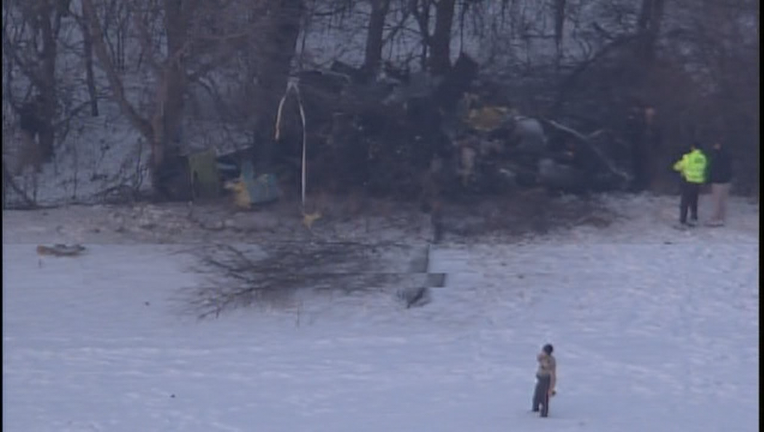 "On behalf of all Minnesotans, we offer our deepest sympathies to the families of these warriors," said Governor Tim Walz. "They paid the ultimate price and service to Minnesota and to the United States of America. Words will never ease the pain of this tragic loss and the state of Minnesota is forever in the debt of these warriors."

Minnesota National Guard Master Sgt. Blair Heusdens said the UH-60 Black Hawk was conducting a maintenance test flight. It went missing after a mayday call nine minutes after taking off at 1:55 p.m. from the St. Cloud Aviation Facility. The National Guard lost contact with the aircraft officially at 2:05 p.m. The Minnesota Aviation Rescue Team and the Minnesota State Patrol responded to the report of the downed aircraft.

According to authorities, the Minnesota State Patrol used its plane and heat signature technology to find the helicopter, which was found in a tree line about 20 miles southwest of St. Cloud. St. Paul firefighters arrived on a helicopter as part of MART and were the first on scene to the crash site, according to the St. Paul Fire Department.

A community has banded together after three soldiers died after a National Guard Black Hawk helicopter crashed on Thursday.

The helicopter crashed about 20 miles southwest of St. Cloud. Authorities expect to be on scene for multiple days, according to Stearns County Chief Deputy Dan Miller.

A Safety Investigation Team from the U.S. Army Combat Readiness Center at Fort Rucker, Alabama was deployed to St. Cloud, Minnesota Friday to lead the investigation into the crash. In the meantime, authorities have been taking photos of the crash site. The Red Cross has also been working to provide snacks and meals for those working at the crash site.

The helicopter and crew were part of the 34th Expeditionary Combat Aviation Brigade, according to an official with the Minnesota National Guard. The names of the deceased will be released pending notification to family members.

"Our Minnesota National Guard family is devastated by the death of these soldiers and our priority right now is making sure our family is taken care of," said National Guard Assistant Adjutant General Brig. Gen. Sandy Best.

"As governor and citizen of this great state and a veteran of the Minnesota National Guard, my heart breaks for the family, the friends and the fellow soldiers," said Walz.

The helicopter appeared to go down about one-quarter mile away from the Krippner family's home near Pearl Lake. The family runs an excavating business and has a gravel pit on their property.

"Fire department was out in the yard, stopped out here to see if we’d seen anything and we decide we would go out and help look," said Kurt Krippner. "We went down in the pit never seen anything – it was just on the outside edge of the pit."

As the investigation continues, the Krippner family says authorities told them they will not be able to work in their gravel pit until further notice.

"It’s a sad ordeal. No one want this to happen; accidents happen... just hope for the best," said Krippner.

“Today three brave Minnesota National Guard soldiers made the ultimate sacrifice for our nation. I am deeply saddened, and their service to our state and our nation will never be forgotten. In Minnesota we wrap our arms around our brave men and women who make such immense sacrifices to keep our nation strong and free. Our thoughts and prayers are with the families and loved ones of these brave servicemembers and with the entire Minnesota National Guard community, at home and overseas.”