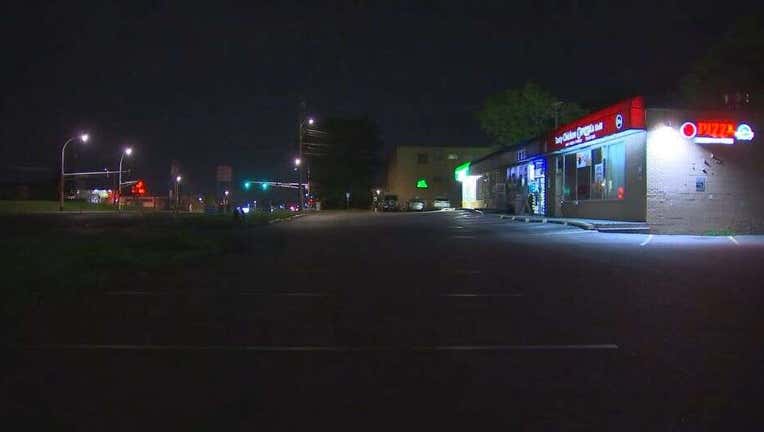 A 22-year-old man was shot and killed in a parking lot in Columbia Heights, Minnesota Monday night. (FOX 9)

COLUMBIA HEIGHTS, Minn. (FOX 9) - Three men have been charged in connection to a deadly shooting in Columbia Heights, Minnesota, according to the Anoka County Attorney's Office.

According to the criminal complaints, on Monday at 10:36 p.m., law enforcement responded to a shooting at strip mall on the 4600 block of Central Avenue in Columbia Heights. When officers arrived they found a man, identified as 22-year-old Charles Ray Mosby Jr., who had been shot several times. Crews took Mosby to a nearby hospital, where he later died.

After reviewing surveillance video, police saw Sampson, Kron and Smith had gathered along the strip mall and passed a gun amongst each other, the charges state. When Mosby arrived, they appeared to greet him in an "amicable" way. At one point, Kron handed the gun to Sampson, who put it in his pocket. When Mosby turned to leave, Sampson pulled out the gun and shot Mosby several times. Sampson, Kron and Smith all left in nearby vehicles.

According to the complaint, there was no apparent conflict caught on video that led up to the shooting.

Kron is in custody at the Anoka County Jail and had his first court appearance on Thursday. Warrants have been issued for the arrests of Sampson and Smith.