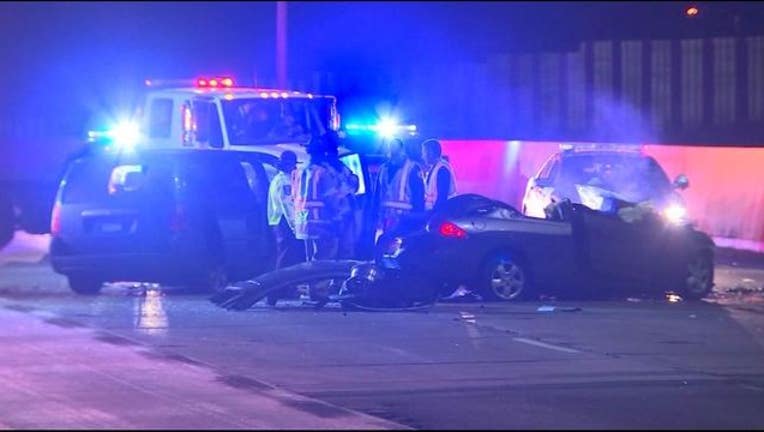 A van was traveling east on I-94 passing Highway 61 around 2:47 a.m. when it was struck head-on by a wrong-way driver in a Mercury Cougar. Both people in the van and the wrong-way driver were transported to the hospital with life-threatening injuries.

The wrong-way driver is a 23-year-old man from St. Paul. According to the Minnesota State Patrol, alcohol was a factor in the crash, and it is unknown if he was wearing a seat belt.

A 43-year-old man from Woodbury, Minnesota, and a 16-year-old boy were in the van at the time. Both were wearing seat belts.