The 28 horses make up more than half of the island’s 49-horse herd, which roams freely on 1,000 acres of private land on the island.

After being swept away by floodwaters on Cedar Island on the Pamlico Sound Sept. 6, the horses’ bodies began to wash up on nearby beaches, The Charlotte Observer reported. Other missing horses are presumed dead.

“It was a mini tsunami,” herd manager Woody Hancock said, according to The Observer. “The horses normally see the water start to rise in a storm and migrate to higher ground, but they just didn’t have time. The shift in the wind happened too fast and they were taken off guard and washed off the island." 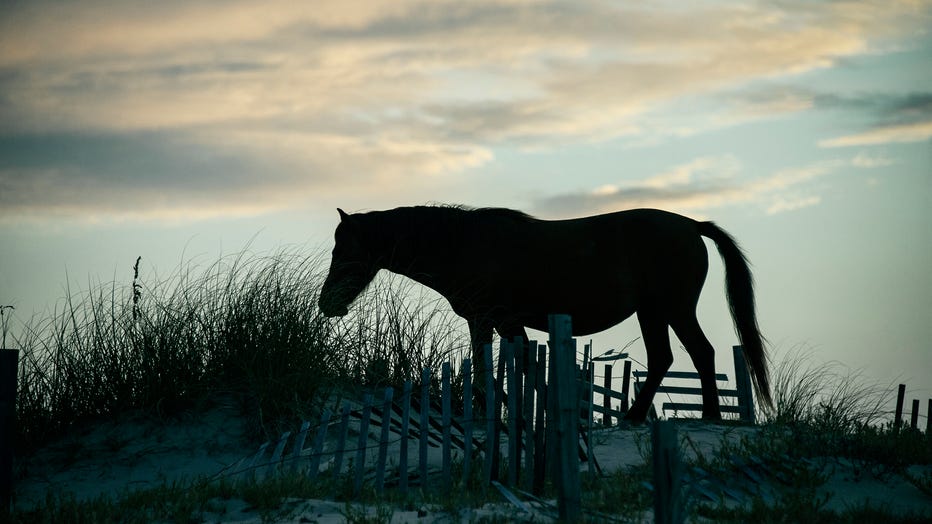 A file image shows a wild horse on an Outer Banks dune. (Photo by John Greim/LightRocket via Getty Images)

He said people who have lived on the island their whole life said they had never seen anything like Dorian.

“It wasn’t like a normal hurricane. Areas that normally flood didn’t see flooding, and spots that never get it were devastated,” he said.

The horses “didn’t have a chance.”

The hurricane hit the Outer Banks on Sept. 6 as a Category 1 with winds at nearly 100 mph.

The 28 horses make up more than half of the island’s 49-horse herd. They were identified by their branding. The herd roams freely on 1,000 acres of private land on the island.

Some of the surviving horses managed to swim to nearby islands, the Observer reported.

“This has really affected everybody on the island,” Hancock said, according to The Observer. “All the horses were named after local people on the island and so every family felt a connection to the herd."