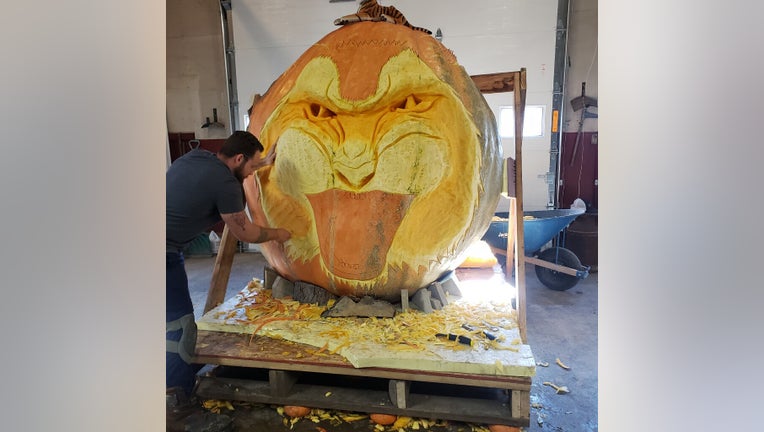 ANOKA, Minn. (FOX 9) - Travis Gienger's record-smashing 2,350-pound pumpkin, nicknamed Tiger King, was crowned champion in the “Super Bowl” of pumpkin weigh-offs out in California this fall. The pumpkin has made the trip back home to Minnesota and was just freshly carved for the Anoka Halloween parade.

This was going to be Anoka's 100th Halloween celebration, but the city had to scale back its plans due to the COVID-19 pandemic. This year, they are doing a reverse parade, with floats set up at various locations in the city for drive-by viewing. The biggest location is at Anoka High School.

Anoka is known as the Halloween Capital of the World, and this weekend was expected to be the biggest party yet as they celebrate 100 years of Halloween events. Though the plans have been scaled back in a big way, the city is still going forward with some of the events including the house decorating contest. There are 16 homes participating. Their addresses will be posted on Thursday evening for public viewing.

Anoka, the self-proclaimed Halloween Capital of the World, is believed to be the first city in the United States to put on a Halloween celebration to divert people from Halloween pranks.

Over the summer, Gienger spent hundreds of hours out in his small garden, carefully tending to his pumpkin patch.

This year, the largest pumpkin in North America was grown in Anoka, Minnesota.

“I bought this one little seed for $80, and I thought it was good. It grew my big one last year, which was right around 1,800 pounds, and I thought, ‘Wow, there’s got to be another good one in there,’ and it was,” he said.

Gienger has been growing pumpkins as a hobby since he was a teenager but knew there was something different this year. 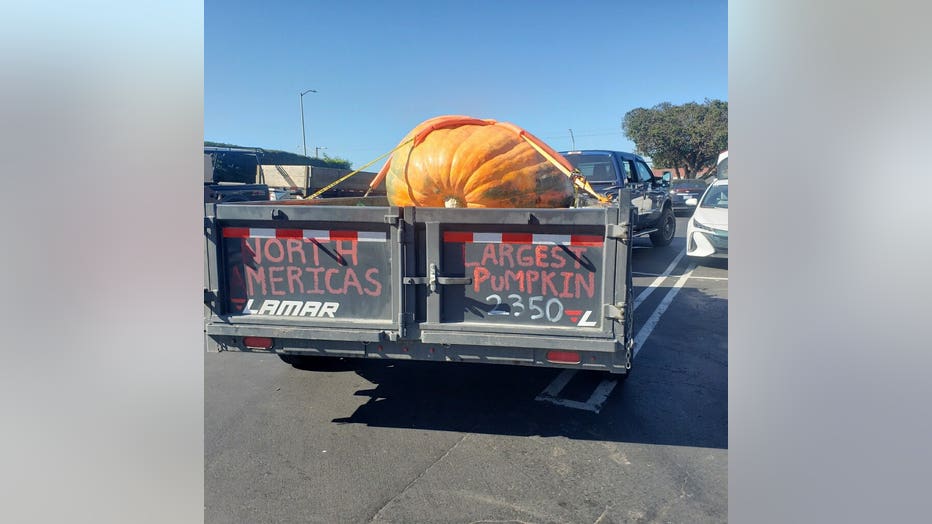 A Minnesota man grew North America's largest pumpkin this year at over 2,300 pounds.

Gienger, a horticulture teacher at Anoka Technical College, decided to enter it into what he calls the "Super Bowl” of all pumpkin growing contests in Half Moon Bay, California.

How do you get a 2,300-pound pumpkin from Minnesota to California?

Four of them packed up the pumpkin – nicknamed “Tiger King” - and headed west for the 35-hour drive.

“We took a lot of precautions. We made a special pallet with air ride discs on it, we also threw dirt in the back to stabilize the load, put it in wet blankets, watered it at every stop.”

The trip paid off. Travis’ pumpkin weighed in at an impressive 2,350 pounds, putting it in the top spot in the contest.