An August report suggests the COVID-19 outbreak has profoundly impacted sleep and mental health for people around the world.

The study, which annually tracks emotional experiences worldwide in over 100 countries and areas, found that the world was feeling the worst it had in 15 years. In 2020, the world’s negative experience index rose to a record high of 32.

Gallup asked adults in 115 countries and areas if they had experienced negative emotions on the day prior to the survey. Forty percent of adults experienced worry or stress, about 30% experienced physical pain, and about 1 in 10 adults responded they felt sadness and anger at some point in the previous day. 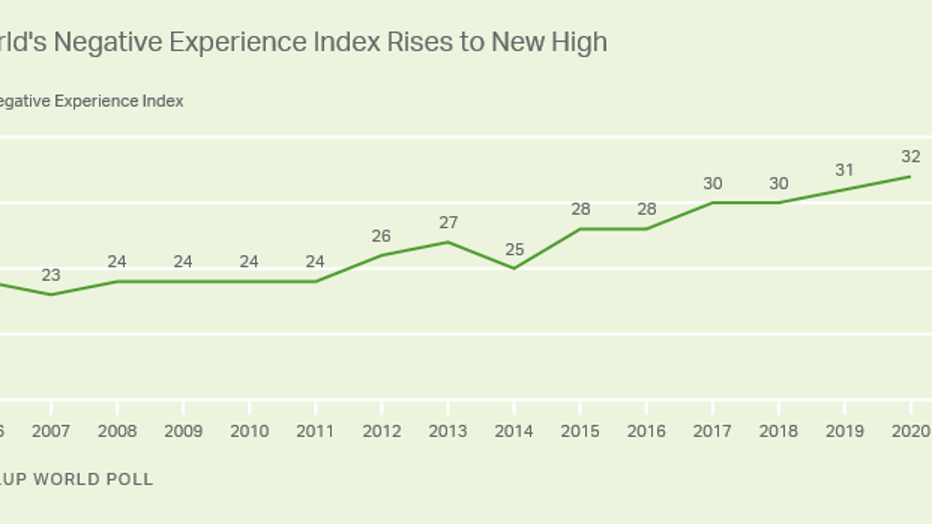 Experiences of worry, stress, sadness and anger were already near record highs in 2019 and continued to skyrocket in 2020. Compared to Gallup’s 2019 study, worry rose one percentage point, anger increased by two and stress jumped five percentage points.

The percentage of adults experiencing pain dropped two points after holding steady at 31% for several years.

Stress’s five-point percentage jump from 35% to 40% marks the most stressful year in recent history. The five percent increase represents nearly 190 million more people who experienced stress in 2020 than the year prior.

Not everyone worldwide was experiencing the same level of negative experiences. Stress in Peru jumped to 66% — a new high for the South American country. On the opposite of the index, Kyrgyzstan recorded a stress level of 13%. Stress levels in Kyrgyzstan have historically been low and continued to drop in 2020. 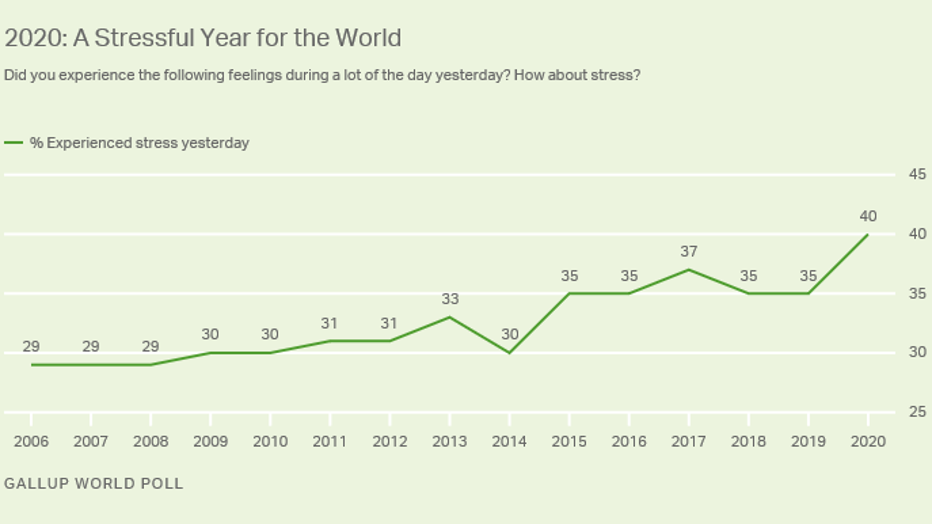 Iraq led the world on the cumulative negative experience index, setting a worldwide high of 53 — a 3 point increase from Iraq’s score of 51 in 2019. At least half of Iraqis experienced each of the five negative emotions in the survey. Most notably, Iraq led the word in people experiencing pain (56%), anger (51%) and sadness (50%).

No other country surpasses Iraq, the study suggests people in countries and areas with high negativity scores were most likely contending with economic and political turmoil — possibly made worse by the COVID-19 pandemic.

Lebanon ranked second on the highest negative experiences worldwide index with a score of 51. The middle eastern country has been at the top of the index for the past two years. 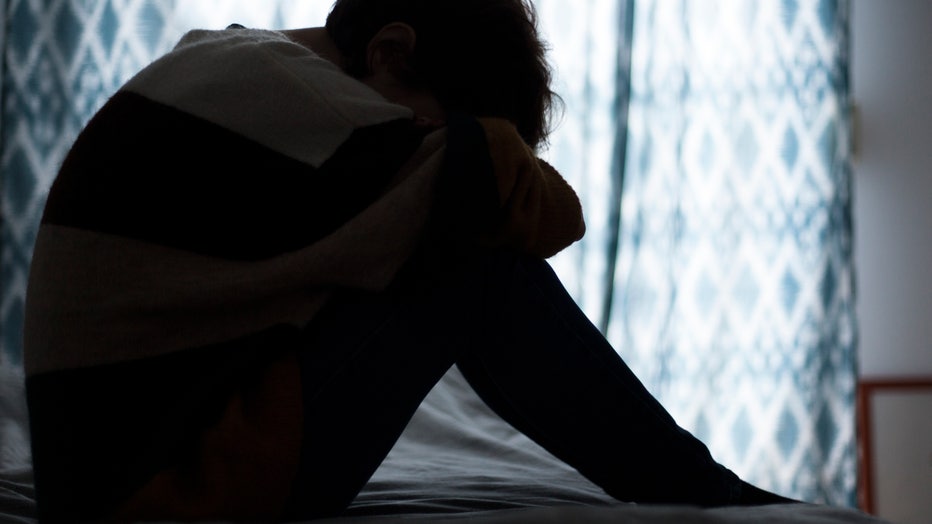 Woman seen in Warsaw on January 27, 2019. ((Photo by Maciej Luczniewski/NurPhoto via Getty Images))

While the COVID-19 pandemic may not be entirely to blame for the world’s negative emotional state, Gallup suggests that the world has been on a negative trajectory for almost a decade. The pandemic may have accelerated the narrative.

But things may be looking up. Americans set a record high in Gallup's Live Evaluation Index with 59.2% responding that they are "thriving." During the pandemic, the U.S. thriving percentage dropped nearly 10% to 46.4$ in April 2020 — tying a record low last measured during the 2008 Great Recession. 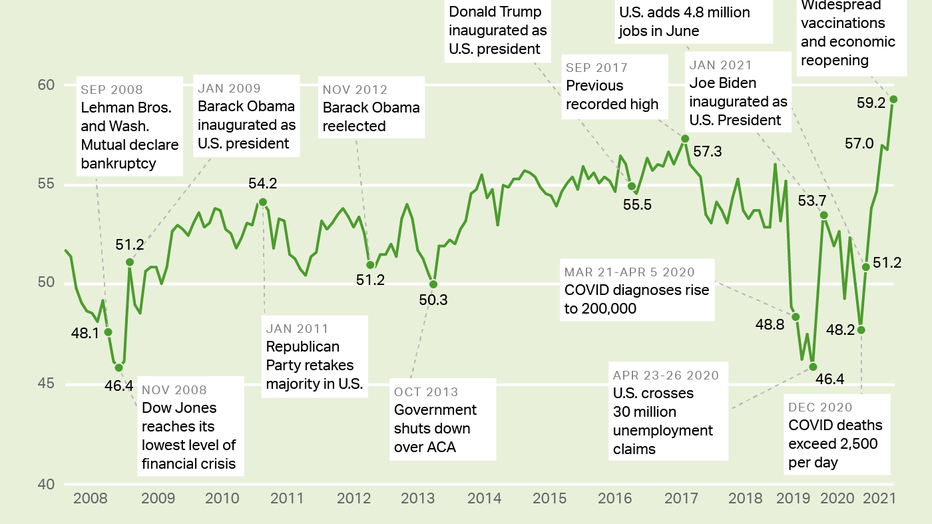 Past research from Gallup demonstrated that adults who spend six to seven hours a day in social settings, only experience about one-fifth of the stress and almost no worry than those with no social time.

The effects of reopening measures are on display as the levels of negative emotions in the United States have improved to pre-pandemic levels.

This story was reported from Boston.