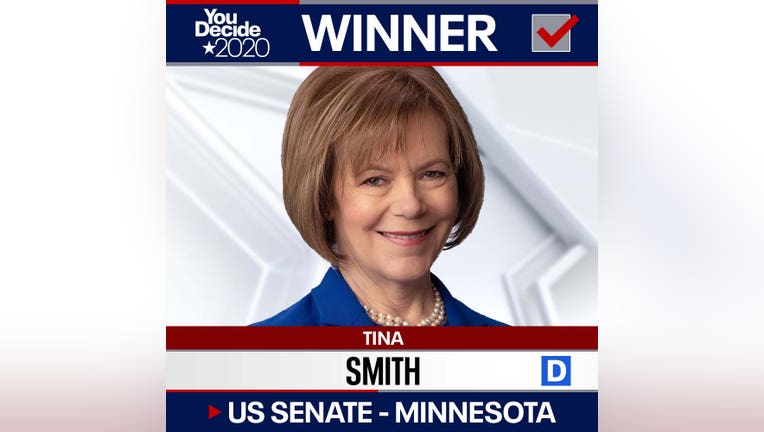 Sen. Smith was appointed to the seat in 2018, replacing resigned Sen. Al Franken. She won re-election that year over challenger Karin Housley with 53 percent of the vote. Before that, Franken had held the seat since 2008, when he beat Republican Norm Coleman by about 300 votes.

Smith is challenged by Republican Jason Lewis, who spent 25 years as a conservative talk radio show host in the Twin Cities before running for office and winning Minnesota’s 2nd Congressional District seat in 2016, which he held for one term. 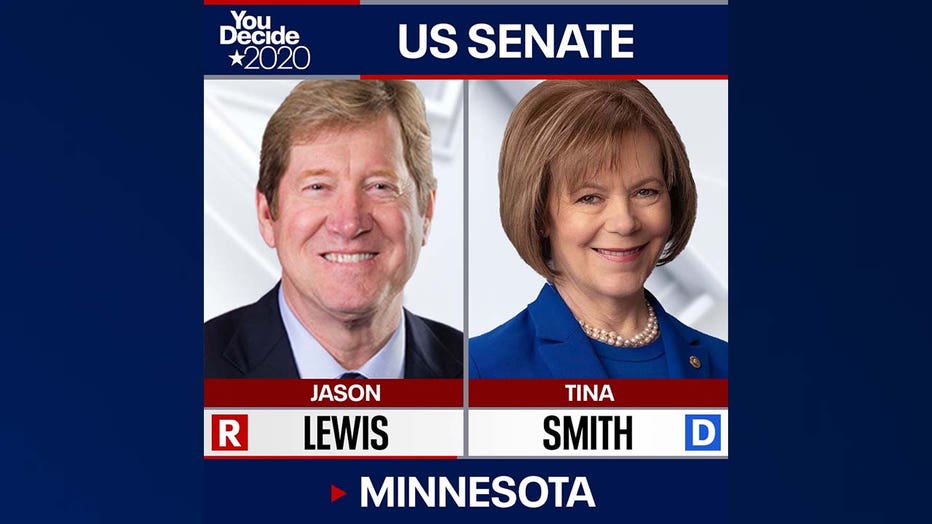 Smith, a Democrat, is a former chief of staff to Minneapolis Mayor RT Rybak and Gov. Mark Dayton. She was elected as Lt. Governor of the state of Minnesota in 2014.

According to her website, Smith boasts a legislative record focused on the state’s working families, farmers, veterans, businesses, and Tribal communities.

Lewis, a Republican, spent 25 years as a conservative talk radio show host in the Twin Cities before running for office and winning Minnesota’s 2nd Congressional District seat over Angie Craig with 47 percent of the vote in 2016. In a rematch two years later, Craig unseated Lewis with 52 percent of the vote.

On his campaign website, Lewis points to his role in helping pass President Donald Trump’s tax cut bill. He also served on the Transportation and Infrastructure Committee.

Lewis is a staunch supporter of President Trump, often appearing with him at Minnesota rallies and touting the President’s endorsement of him in a video on the home page of his website.

In the waning days of the election, Lewis was hospitalized and underwent emergency surgery for an internal hernia. He was released from the Hibbing hospital last Wednesday.

"From the beginning, this campaign has been about what we can do to work together, find common ground, and get results for the good of Minnesota and our country. Even in the midst of the great division and great challenges of this past year, I’ve always felt that Minnesotans at heart believe that we are better together. Tonight, you have shown that you want to work together and make progress.

“Almost three years ago, I became your United States Senator, and two years ago you elected me to this job. I am honored, and grateful, that you have re-elected me to serve you in Washington for six years. And every week I will go to work thinking about you, and working for you.

“I want to take a moment to recognize my opponent, Jason Lewis. This has been a hard fought race, and I wish Jason and his family all the best. And to all the Minnesotans who voted for Mr. Lewis, I want you to know that I am your Senator also. We may not always agree, but I will always listen, and look for common ground and I’ll work just as hard for you as for those who voted for me. The truth is, most issues that families face aren’t political, they are about your lives, your jobs, your family’s well being. I won’t forget that.

“Thank you Minneosta for putting your trust in me. Tomorrow, we continue the work of moving our country forward.”