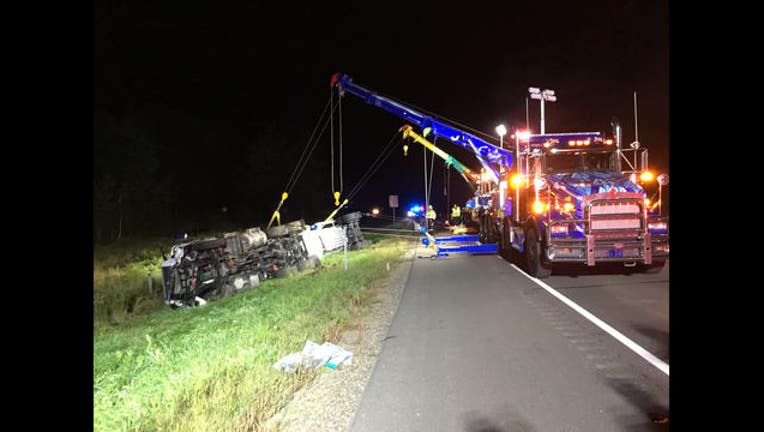 HAUGEN, Minn. (KMSP) - Two people were killed in a crash with a semi in western Wisconsin early Sunday morning.

At 12:50 a.m. Sunday, the Barron County Sheriff’s Office was called to an accident on Highway 53 north of Haugen.

According to the sheriff’s office, a car traveling south on Highway 53 crossed the median and struck a semi loaded with liquid oxygen head on. The driver, 28, and passenger, 20, both of Chetek, were both declared dead at the scene.

The 43-year-old semi driver was treated at the scene and released.

No oxygen was released during the crash and Highway 53 was closed for about two hours.