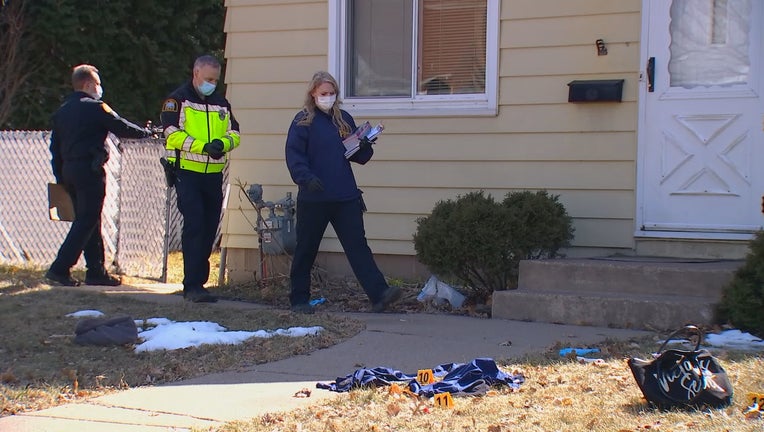 Police responded shortly after 8;30 a.m. on Saturday for a shooting on the 1900 block of Montana Avenue East. (FOX 9)

ST. PAUL, Minn. (FOX 9) - Police say it appears a man shot and killed a woman outside a home in St. Paul, Minnesota before turning the gun on himself Saturday morning.

Officers were called out shortly after 8:30 a.m. to the 1900 block of Montana Avenue East for the report of a shooting. At the scene, police say they found a man and woman with gunshot wounds. Despite efforts from police and medics, police say the man was pronounced dead at the scene while the woman died from her injuries at the hospital.

The investigation into the shooting is ongoing, but police say they believe the incident to be a murder-suicide. It also appears the victim had been in some type of relationship with the suspect prior to the shooting, officers say.

On Monday, the Ramsey County Medical Examiner identified the victim as Bao Yang, 39, of St. Paul. The suspect has been idenfitied as Doua Por Lao, 39, also of St. Paul.

The shooting is the eighth homicide in St. Paul so far this year, half of which have been domestic-related, police say.

"One is too many," said St. Paul police spokesperson Natalie Davis. "I'd like to tell anybody who is in an abusive relationship that they're not alone. And we the police are here to help you."

"This is devastating for everyone involved," added Davis.

Police say a handgun and shotgun were located at the scene. It's not clear exactly where the shooting happened. Police could only say at this time that both individuals were found outside the home.