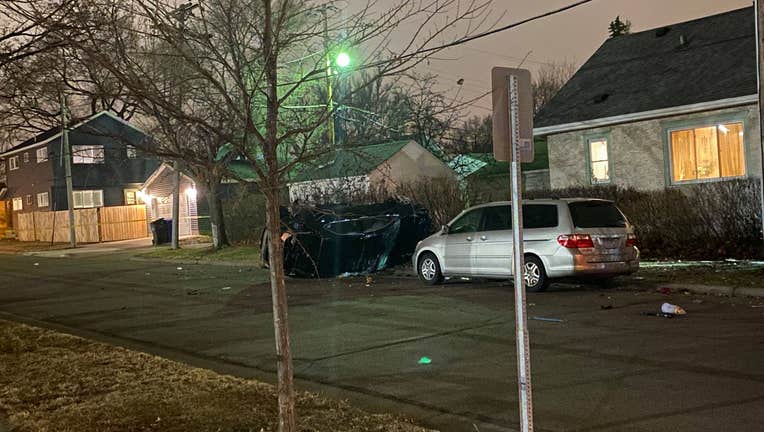 ST. PAUL, Minn. (FOX 9) - Charges have been filed against a 16-year-old boy who fled from police and crashed a stolen vehicle in St. Paul, Minnesota Monday night, killing a 14-year-old passenger.

Prosecutors on Thursday charged the teenager with criminal vehicular homicide and theft.

According to the charges, St. Paul police officers spotted the stolen 2018 Toyota Camry leaving the parking lot of the Golden Grill on the 400 block of Maryland Avenue around 5:15 p.m. The vehicle had been reported stolen from Blaine on Dec. 4. They attempted to conduct a traffic stop, but the driver of the vehicle fled at a high rate of speed. The officers did not pursue the car.

The stolen Camry was spotted again on Maryland Avenue a short time later. Officers did not activate their squad emergency lights or sirens, but the driver fled once again.

The driver continued to flee at a high rate of speed, eventually crashing into another vehicle near Hyacinth Avenue and Rice Street. The driver then continued on and crashed again near Rose Avenue and Sylvan Street, striking a telephone pole and two light poles before ultimately landing the car on its side.

A 14-year-old boy died and two other teenagers were arrested after a stolen vehicle they were driving crashed in St. Paul, Minnesota Monday night.

When officers arrived at the scene, they found a 14-year-old boy, later determined to be one of the passengers, lying in the middle of the street and saw other two occupants of the car fleeing on foot.

Police identified the crash victim as Eh Da Lay of St. Paul. He was taken to Regions Hospital and later to the ICU at Gillette Children’s Hospital, where he died shortly after midnight.

At the scene of the crash, K-9 officers tracked and located one of the two occupants who fled from the vehicle, the 16-year-old boy, hiding behind an air conditioner on Geranium Avenue West. He was complaining of neck, leg and head pain so officers summoned medics to the scene and eventually transported him to Regions Hospital for evaluation.

Officers found the third person who fled from the vehicle, a 14-year-old boy, in the alley on the 1100 block of Albermarle Street.

The 16-year-old eventually admitted to investigators he was the driver of the vehicle that he crashed. He said he was trying to evade police detection because he was driving a stolen vehicle, although he claimed to have gotten the vehicle from a friend. He said he had taken two Xanax pills before the crash and was driving 100 miles per hour when the crash occurred.