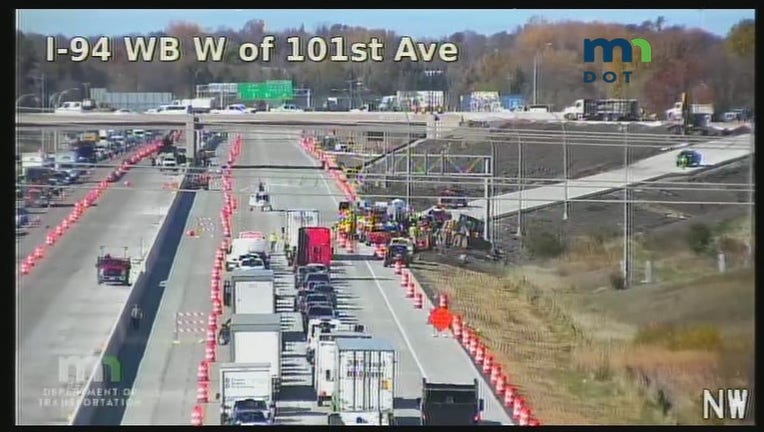 Officials investigate an accident at a construction site on I-94 near Dayton.

(FOX 9) - Authorities are investigating after someone was seriously injured at a construction site Monday on Interstate 94 near Dayton, Minnesota.

According to the Minnesota State Patrol, at about 1 p.m., officials responded to a report of an injured person on I-94 west near Dayton. One person was transported to the hospital with serious injuries.