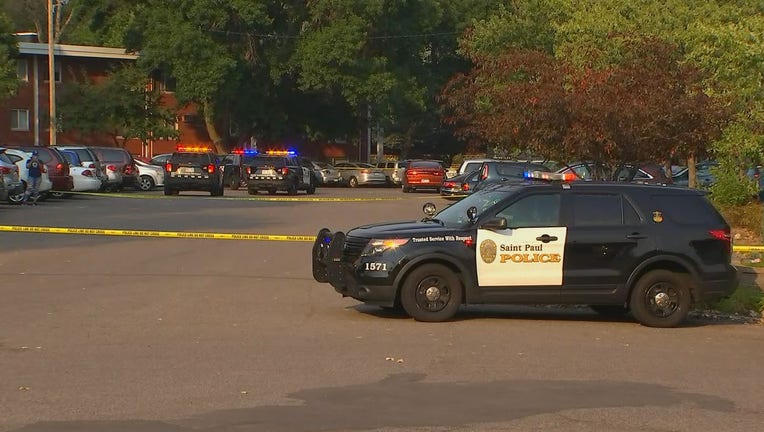 St. Paul police are investigating an incident in the 800 block of Hazel Street N. (FOX 9)

ST. PAUL, Minn. (FOX 9) - St. Paul police say one person has died following a shooting on the city's east side.

Around 5:30 p.m. officers responded to a report of shots fired in the parking lot of an apartment complex in the 800 block of Hazel Street N, according to St. Paul police spokesman Steve Linders. When police arrived they found a male suffering from a gunshot wound. He later died at the scene.

St. Paul police give update on deadly east side shooting

St. Paul police are investigating a deadly shooting in the parking lot of an apartment complex on the city's east side.

Police searched the area for a suspect. No one is in custody. Anyone with information or possible surveillance video of the incident is asked to contact the St. Paul Police Department.

This marks the city's 16th homicide of the year.