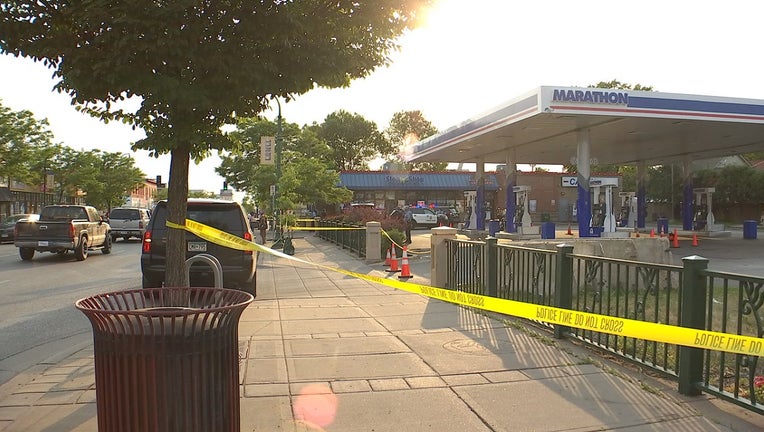 Police have taped off a gas station along East Lake Street after a deadly Wednesday evening shooting.

MINNEAPOLIS (FOX 9) - A man was killed Wednesday evening as shots rang out in the Phillips neighborhood, according to Minneapolis police.

Minneapolis Police Department spokesperson John Elder said a police sergeant was in the area of East Lake Street and Cedar Avenue when he heard of a series of gunshots around 6:10 p.m.

As the sergeant moved towards the gunfire, a ShotSpotter report came through for the shooting followed by a 911 call for a man who had been shot on the 1700 block of East Lake Street, two blocks west of Cedar.

At that spot, police found a man in his 30s who had been shot. Elder says officers started CPR and treatment for the victim's wounds but say he was later pronounced dead at the scene by paramedics.

Police said the preliminary investigation indicates the victim was outside a business when a car pulled up and a person got out and fired multiple rounds at him, striking him at least once. The suspect fled the scene in the same vehicle they arrived in and was able to get away before officers arrived. Investigators say they do have leads on the suspect and a search is underway for the shooter.

However, police do say it appears the victim and suspect knew each other and the shooting was a targeted attack.