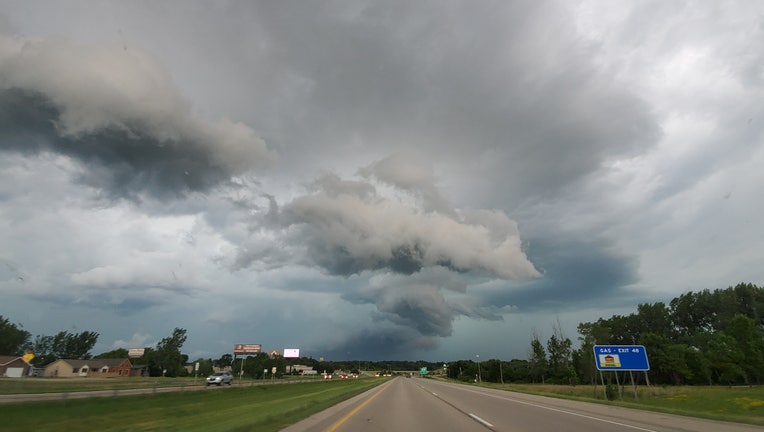 Storm clouds over Faribault, Minnesota on I-35 Sunday afternoon. (Tammy and Adam Geyer)

(FOX 9) - Scattered storms are possible in the southern Minnesota area Sunday, including at least the southern half of the Twin Cities metro area. 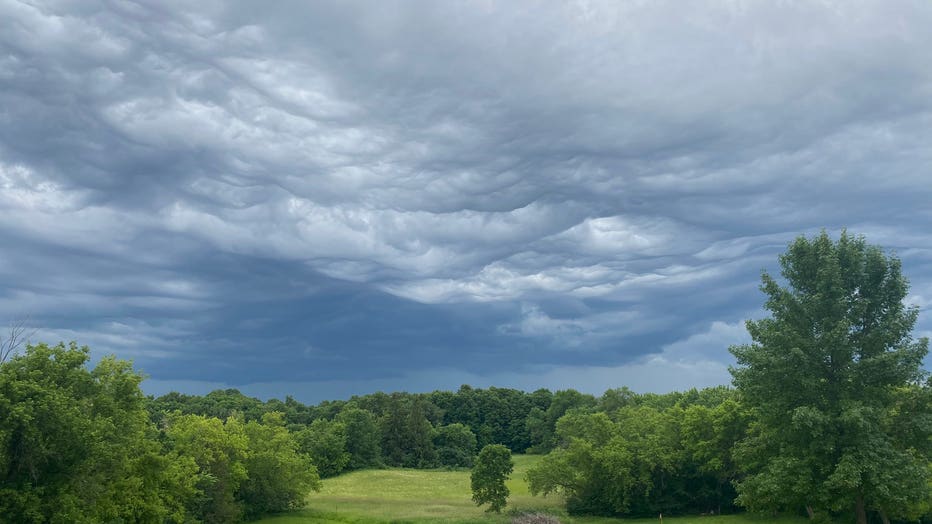 The warning was issued Sunday afternoon for southwestern Minnesota after some strong storms popped up in the area. The northeast sector of this band of pop up storms began to impact the Twin Cities metro area Sunday afternoon. The thunderstorms will continue to track to the south and east through the evening.

The biggest threats in these storms include strong winds and the possiblity for hail. 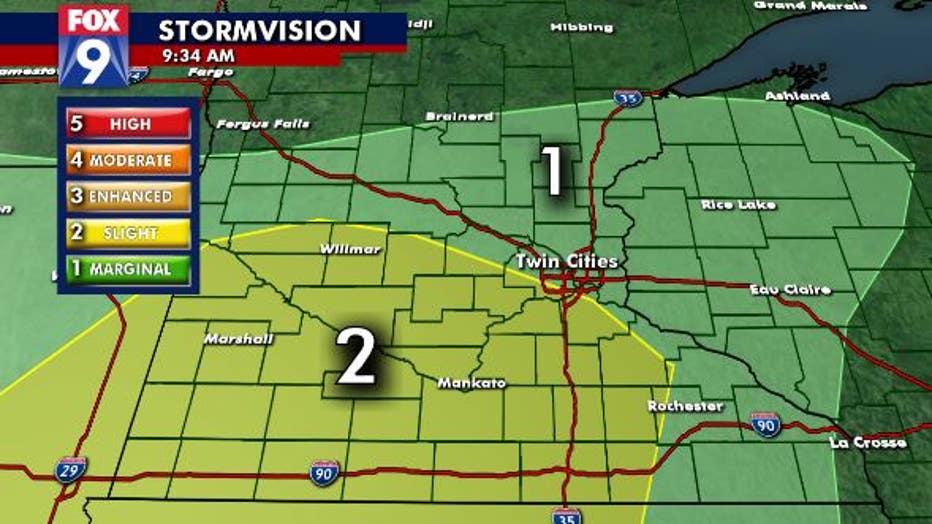 The risk of storms in the southern Minnesota area Sunday.

The areas along I-90 up to the southern Twin Cities area should stay sky aware. 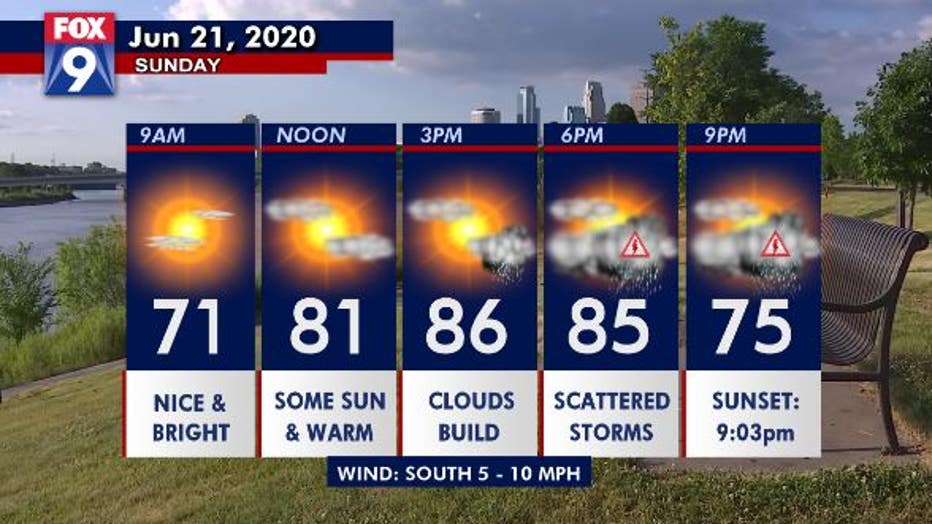 Added humidity played a role in some of the scattered storm development Sunday.