Twin Cities metro residents are cleaning up after tornadoes and strong winds moved through the area early Friday morning.

Trees down throughout Apple Valley after overnight storm

Trees were down across Apple Valley Friday morning after a storm with wind gusts up to 64 miles per hour rolled through the Twin Cities metro overnight.

Survey teams will continue to assess storm damage in Lakeville, Savage and Henderson Friday. Results from the survey will be finalized in the evening.

The storm brought winds that gusted up to 60 miles per hour. The Minneapolis-St. Paul International Airport verified a wind gust of 64 miles per hour around 3 a.m., according to the National Weather Service. 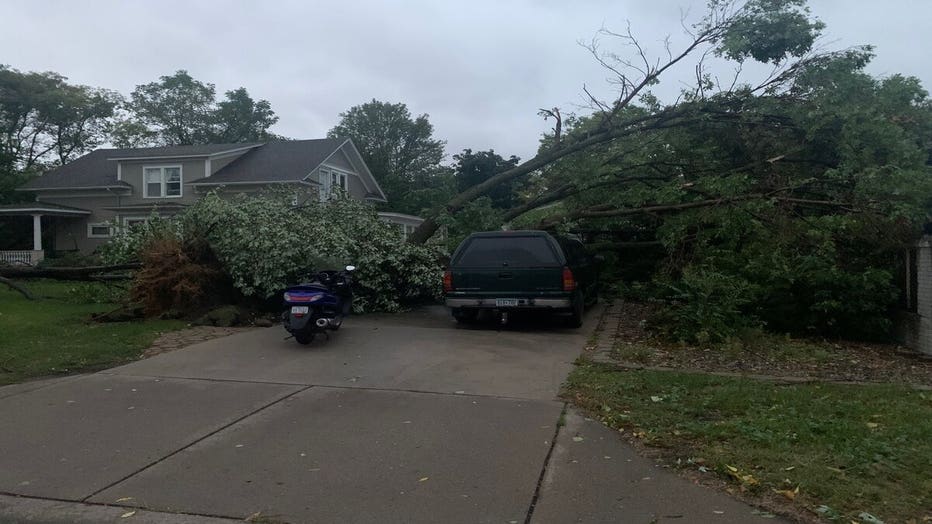 The most damage was reported in the south metro. There were reports of downed trees in Eagan, Burnsville, Apple Valley and Savage. Photos from the Savage Police Department show a pickleball court was also damaged in the storms. 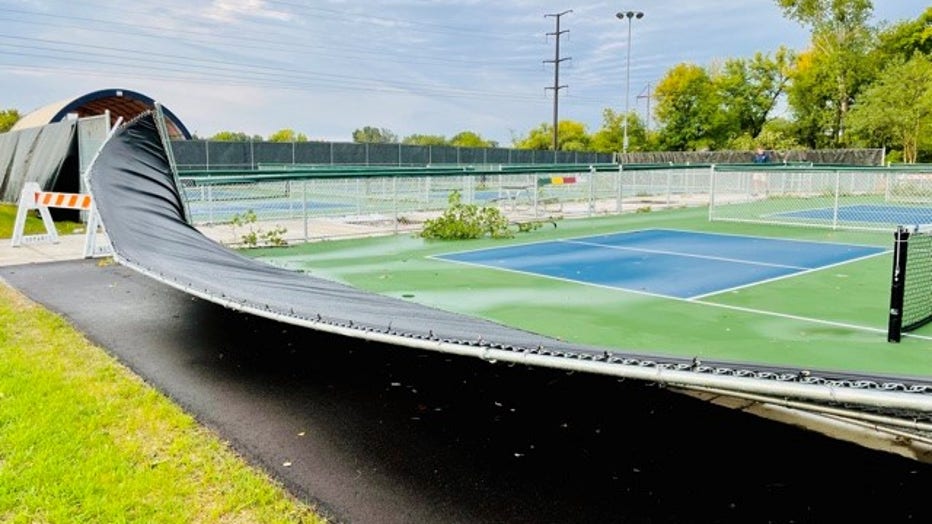 About 50,000 people in Minnesota and around 11,000 in western Wisconsin were still without power around 8 a.m., according to Xcel Energy. See the outage map here. 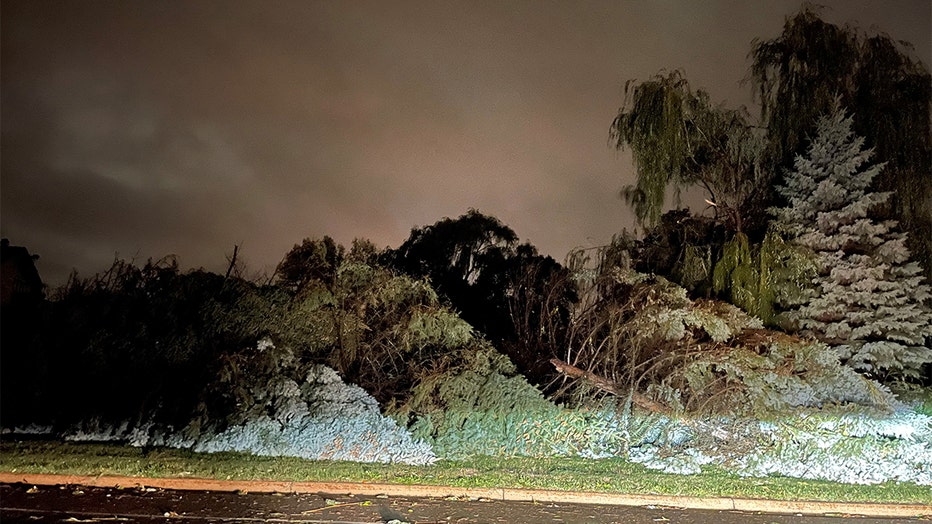 Authorities are advising people to drive with car if they are heading into work Friday morning, as some street lights may be out.

Schools closed, delayed due to storms

Several school district are either closed completely or delaying school start times due to the overnight storms.

South Washington County Schools canceled class Friday for three schools: Nuevas Fronteras Spanish Immersion, Pullman Elementary and Hillside Elementary. The school district said the closure is because the schools and surrounding neighborhoods do not have power.

Students at those schools will not be required to submit school work on Friday because they do not have their devices, school officials said. 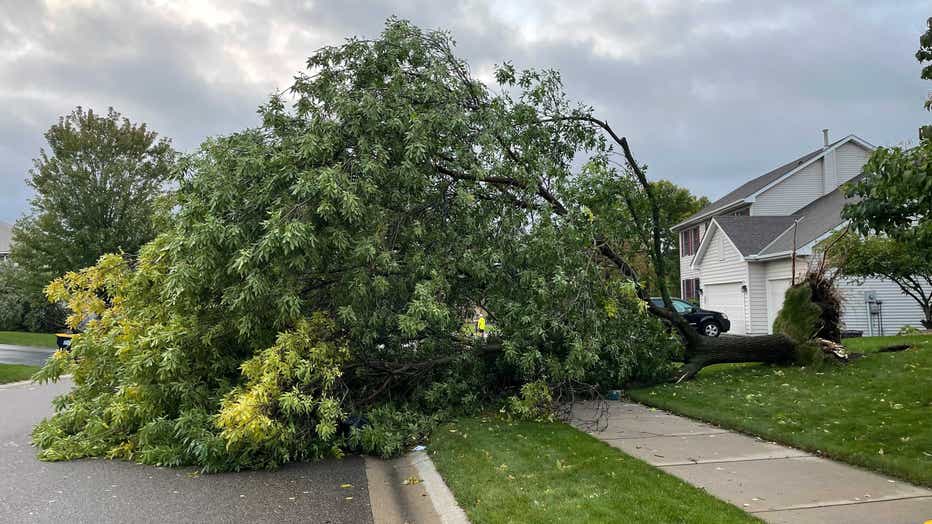 A tree down in Apple Valley, Minnesota.  (FOX 9)

All schools in the Rosemount-Apple Valley-Eagan school district (District 196) will start two hours late on Friday due to significant storm damage throughout the district, with the exception of Rosemount Elementary School and Rosemount Middle School which are both closed for the day because they are without power. All after-school activities and events at those two schools have also been canceled.

All District 196 preschool and early childhood special education classes were canceled on Friday as well.

The school district is warning students and families that buses may be delayed in the morning and afternoon as drivers work to safely pick up students.

School was canceled at two elementary schools in Savage, Glendale and Hamilton Ridge, on Friday due because the buildings were without power, Prior Lake-Savage Area Schools said.

The public library in Hudson, Wisconsin is closed Friday after the overnight storms caused a significant amount of damage.

The lobby and a section of the children's area were hit, Hudson Area Library said in a Facebook post. 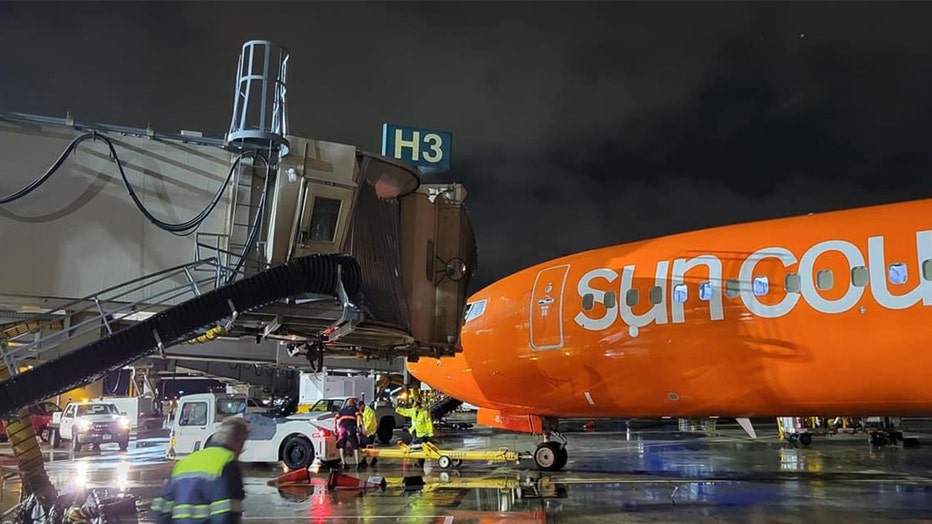 Jeff Lea, a spokesperson for MSP Airport, said emergency crews responded to the incident around 3:30 a.m. No one was injured. 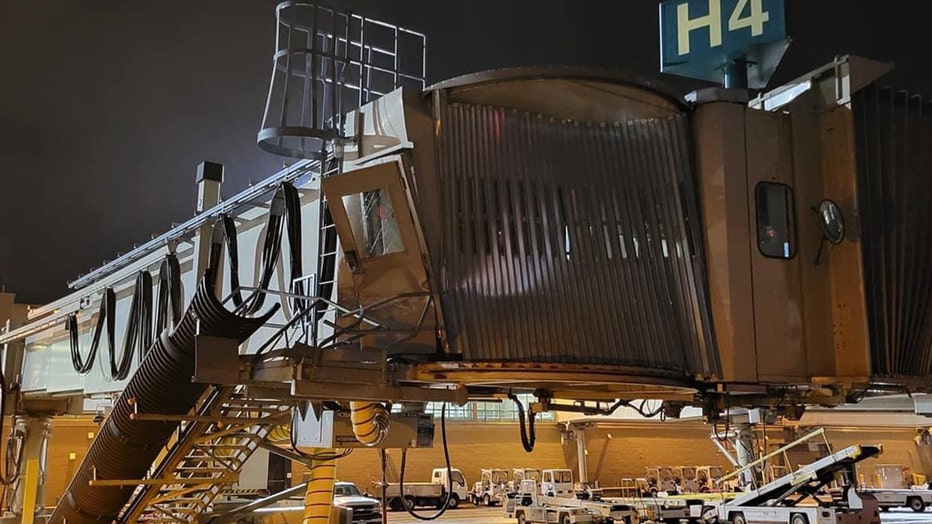 Sun Country confirmed the strong winds caused the planes to rotate and hit the jetways. The two planes were replaced with new ones to operate Friday's flight while the airlines assesses the damage.