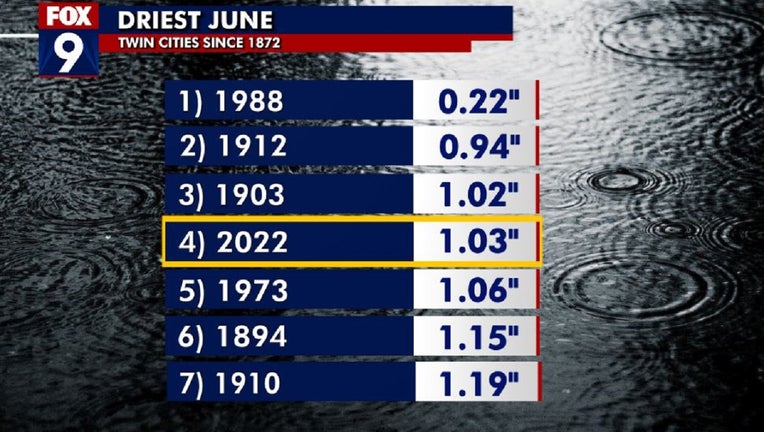 MINNEAPOLIS (FOX 9) - Many yards are brown, lake levels are falling, and water restrictions are starting in many areas thanks to another very dry start to summer. For the second straight year, the Twin Cities metro is experiencing several weeks of hot and dry conditions.

MSP Airport has measured just a little over an inch of rain through June, which is barely a quarter of what we typically see during our wettest month of the year on average. This now puts us in the top 10 for the driest months of June on record, dating back to 1872.

This has led to the appearance of a quickly expanding drought. While not nearly as exceptional as last year, we are becoming increasingly dry nonetheless. Check out the "hole" in the rainfall during the month of June in central and southern Minnesota. 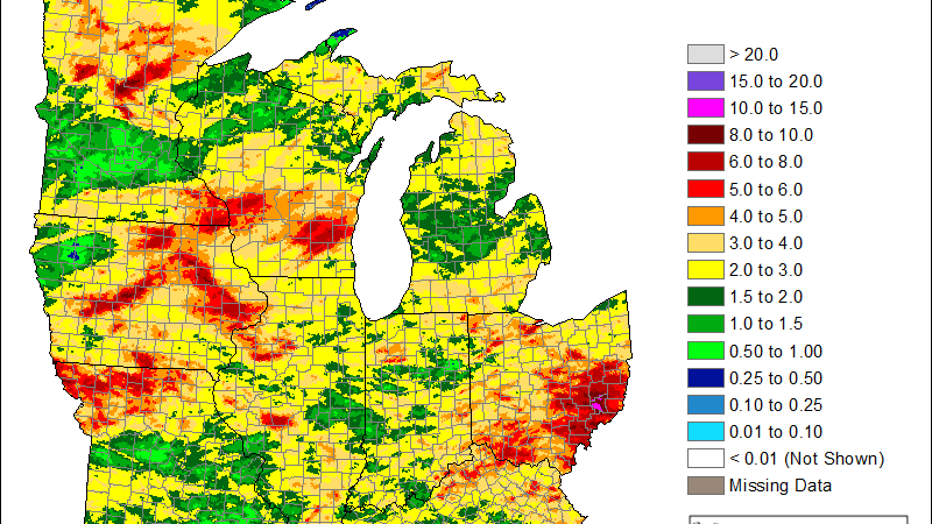 Except for parts of southern Missouri, and a tiny patch of western Iowa, a large swath of central and southern Minnesota has seen the least amount of rain across the entire Midwest. Combine that with the usual high sun angle this time of year and "only" average spring moisture, and we have another drought situation developing. But the dry conditions are limited to less than half the state as many areas north of Interstate 94 have been incredibly wet over the last several months, with no exception in the month of June. Just about every spot north of Interstate 94 have seen at least 2 inches of water, but many locations are over 3 inches and some spots are even over 6 inches.

The warm and wet conditions across the north have certainly helped the growing season, but the lack of rain and the warmer than average temps are just adding to the metro's drought issues. Check out temps when compared to the average across the Lower 48: 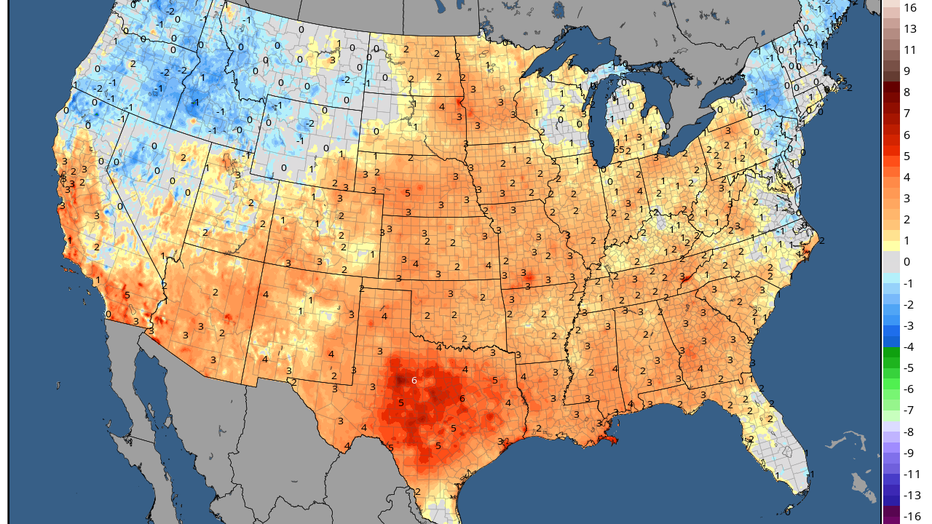 While not record-breaking by any stretch, we're still a solid 2-4 degrees above average for the month — turning an already very warm month even hotter.

So will this get worse? That remains to be the million-dollar question. At the moment, we are likely heading into a pattern that is more conducive to scattered storms. Unfortunately though, this pattern still involves a good deal of luck in the overall placement of where these potential storms end up as they could just as easily develop in surrounding areas instead of the spots that really need it. For the moment, at least a one-tier increase in drought classification looks likely in the days and weeks ahead.