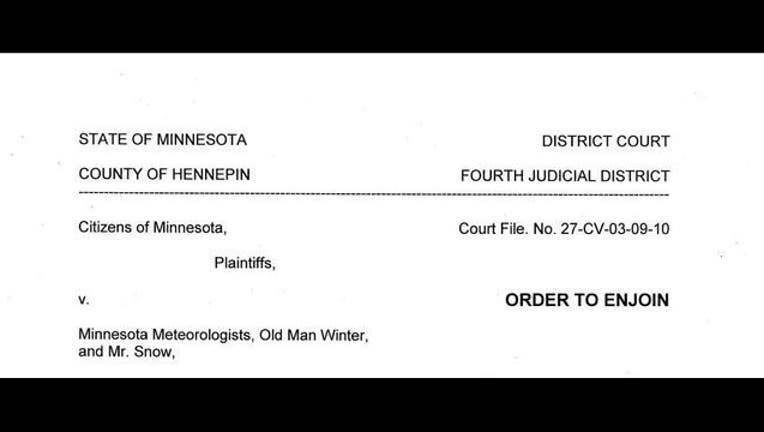 Hennepin County Judge Kevin S. Burke, who appears to be just as fed up with the snow as the rest of us, signed the restraining order Thursday, ordering the defendants not to allow any more snowfalls this winter in Minnesota.

“Minnesotans are hardy people,” Burke wrote in his decision. “They enjoy their winters and have a good relationship with the defendants. But there comes a point when the trust between the parties is ruptured.”

The Twin Cities just wrapped up its snowiest February on record, with 39.0 inches of snow falling over the course of the month. Another snowstorm hit on the first day of March and it's looking like another is in the forecast this weekend.

The restraining order was directed at local meteorologists as well because “there is compelling evidence in the record that Minnesota meteorologists have conspired with the other defendants to increase television and radio ratings.”

The restraining order only affects Minnesota. The neighboring states of Wisconsin, Iowa, South Dakota and North Dakota are still fair game to get more snow.