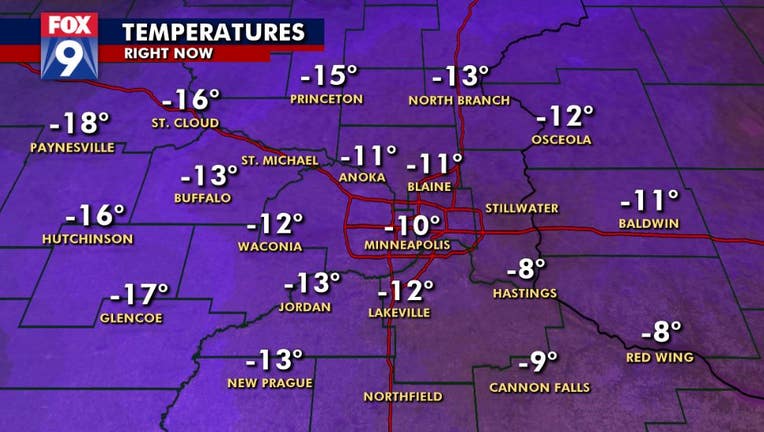 (FOX 9) - It is official: Thursday, Feb. 13 is the coldest morning of the season in the Twin Cities.

Air temperatures in the metro dropped to 10 degrees below zero around 6 a.m., making it the coldest morning we have seen for far this winter with temperatures still falling. Wind chills were 34 below zero.

Watch as air temperatures continue to plunge across the state into Thursday afternoon.

It may not be the coldest morning of the season in other parts of the state, but it is certainly the coldest FEELING morning for many due to the wind chills. As of 6 a.m., Fosston appeared to have the coldest wind chill at 50 degrees below zero. 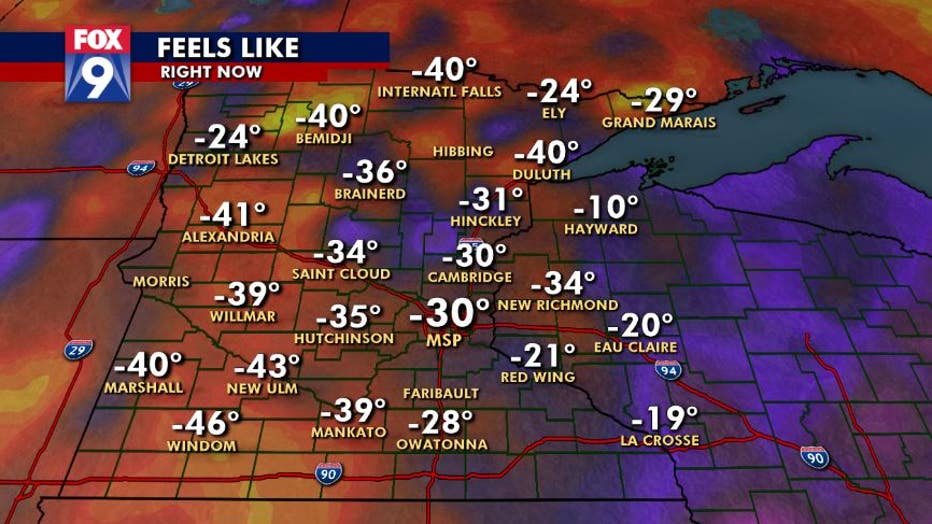 A Wind Chill Warning is in effect for western Minnesota, while portions of eastern and southeastern Minnesota and western Wisconsin are under a Wind Chill Advisory. The warnings and advisories expire between 10 and noon. 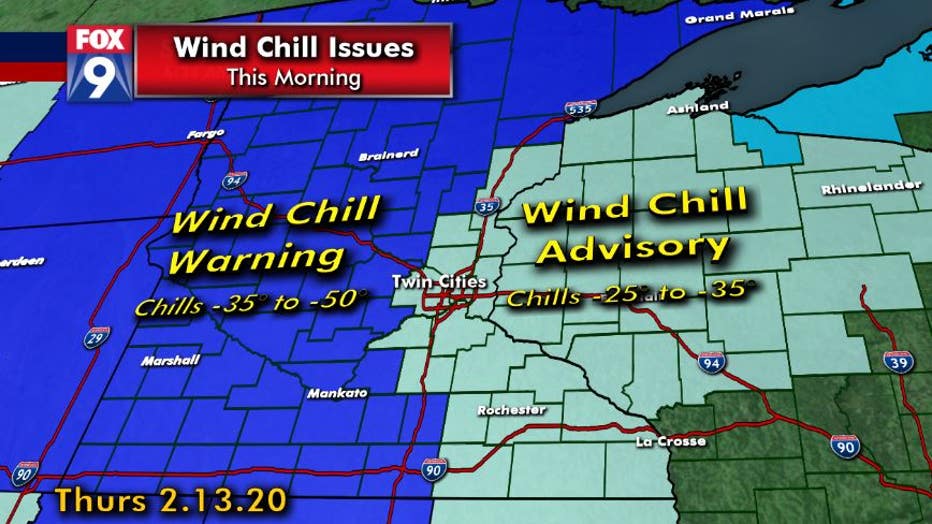 Current wind chills could cause frostbite on exposed skin in as little as 10 minutes. People are advised to use caution while traveling outside and wear appropriate clothing, a hat and gloves.

There are approximately 144 school and daycare closings or delayed starts across the state due to the dangerous cold, although the two largest school districts in the metro, Minneapolis and St. Paul, remain open.