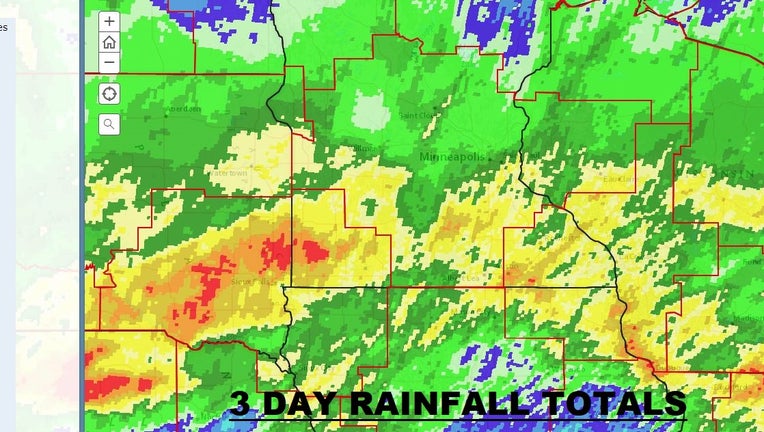 Three-day rainfall totals across the Upper Midwest. Most of the metro saw 1-3 inches, but many parts of southern Minnesota saw 2-5 inches with local amounts topping 7 inches.

(FOX 9) - Our broken record of heavy rain continues as much of central and southern Minnesota are water logged again with an additional 2 to 6 or more inches of rain over the last couple of days.

Minneapolis-St. Paul International Airport’s 2.4-inch total maintains our status as the second wettest year to date and are now just 6 inches shy of having the wettest year on record with three and a half months to go.  But, much of the area will now transition from a flash flood threat to yet more river flooding. 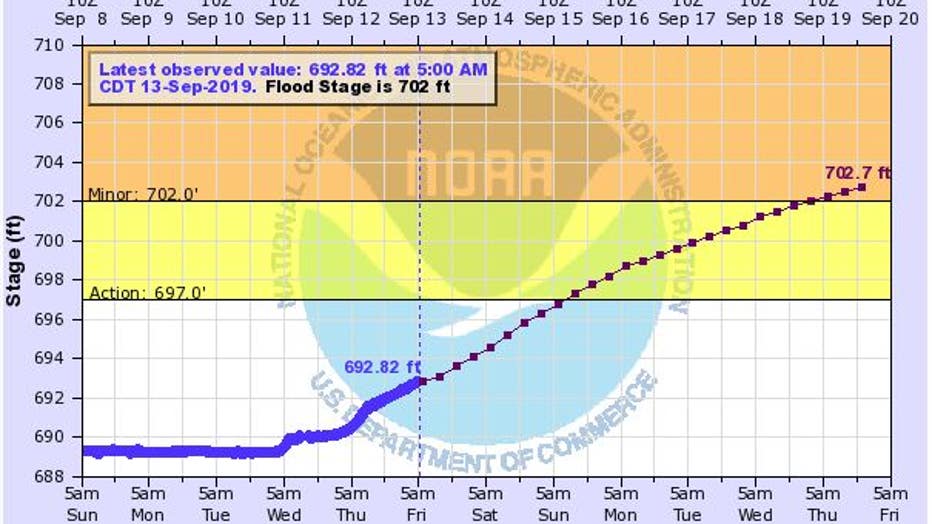 Current river level is well below flood stage, but the forecast is to send the river above flood level by the middle of next week. 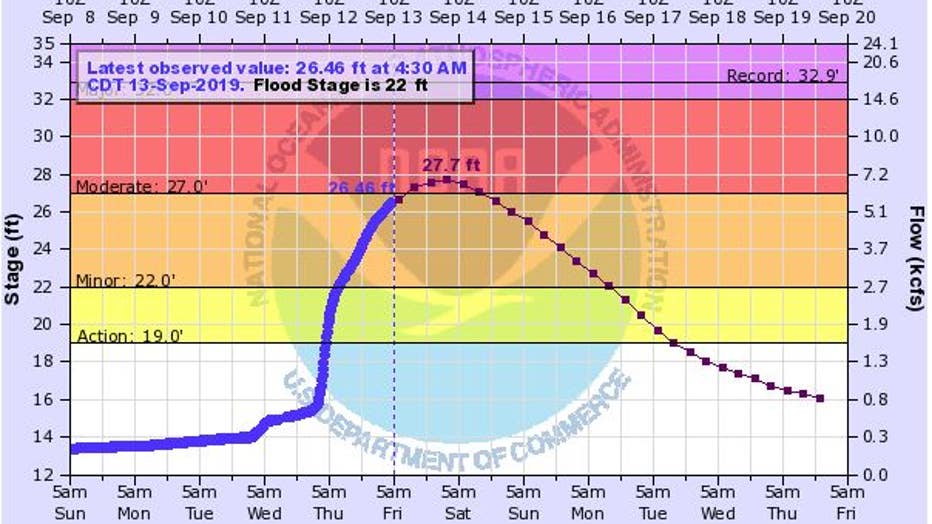 The Cottonwood River is likely to crest in moderate flood stage over the weekend as all of this drains into the Minnesota River which is rising as well.

After one of the longest spring flood seasons in the last century, central and southern Minnesota are at it again as many area rivers are likely to get back above flood stage over the next several days.  While the overall length and levels of our upcoming flood won’t be any match for what happened in the spring and early summer, it’s just another sign that our extremely wet year won’t give up.  Below is a look at forecasted peak river levels over the next couple of weeks: 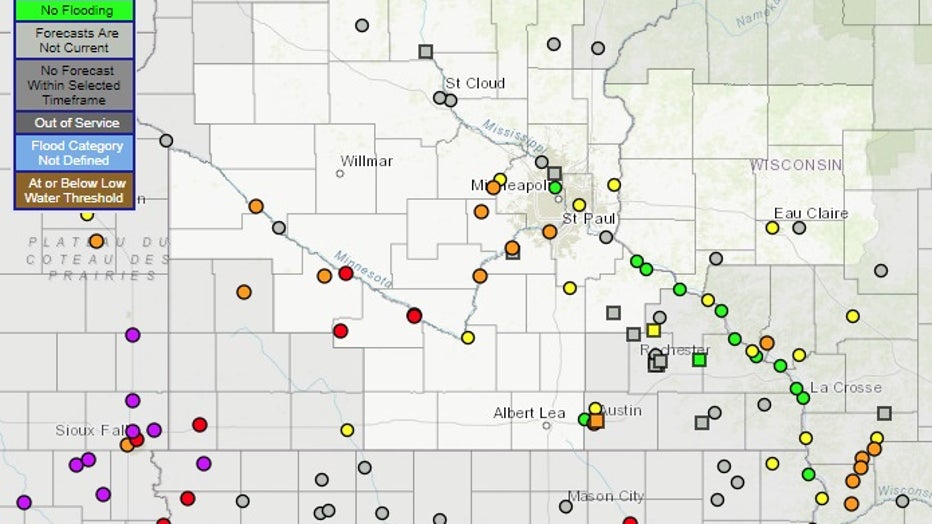 Clearly not super high, but many areas will see at least some minor flooding over the next week or two.

Now, unfortunately that’s not the case for everyone. Pipestone Creek in southwest Minnesota along with Split Rock Creek near Jasper just set brand new high water records, coming in more than a foot higher than any previous mark. 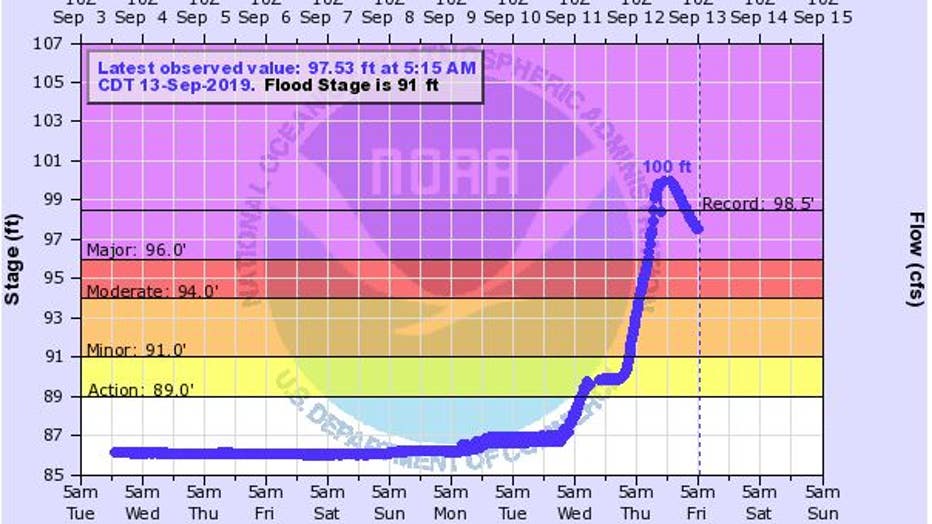 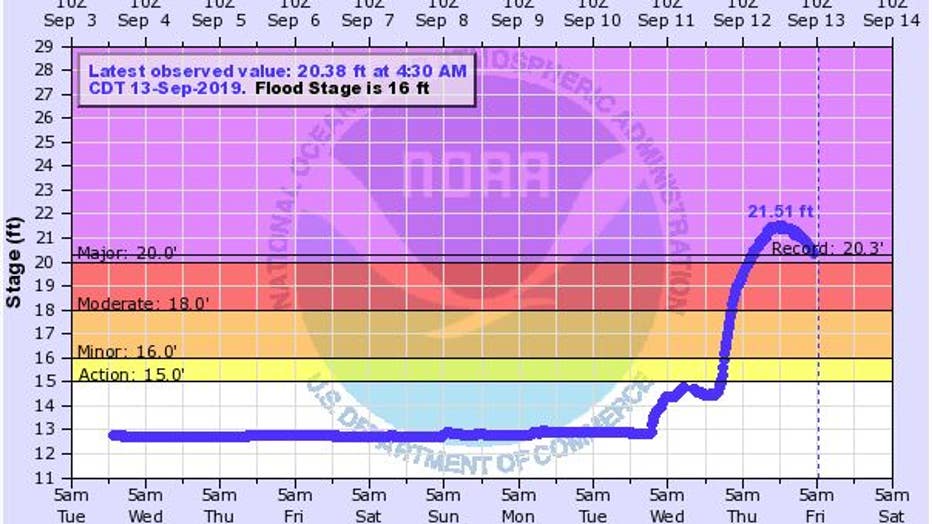 Both of these creeks actually drain into South Dakota’s Big Sioux River, which is also setting flooding records left and right. 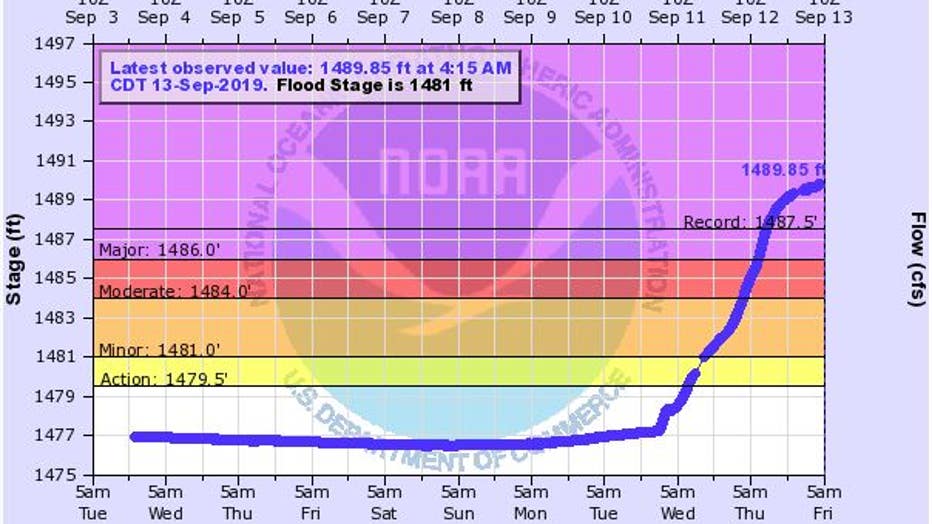 Record flood stage has been reached as the river continues to rise. 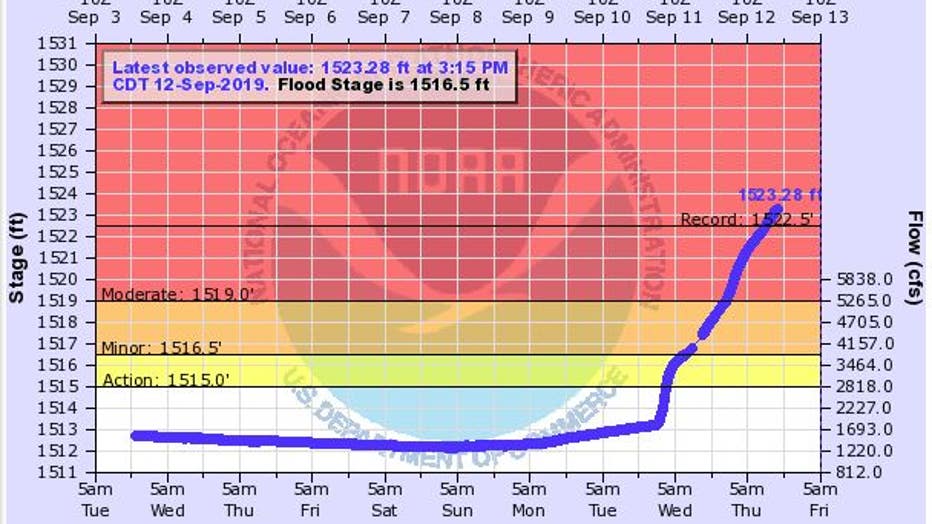 The river still rising passed record flood level. Another foot or two rise before crest on Saturday is expected.

Thankfully, outside of some scattered light showers Friday and a few thunderstorms late Saturday night, the next several days look quiet and much warmer, which should help dry out our water logged areas.  Unfortunately though, we need a pretty long dry and mild stretch of weather some farmers can get their crops dry and begin the fall harvest.