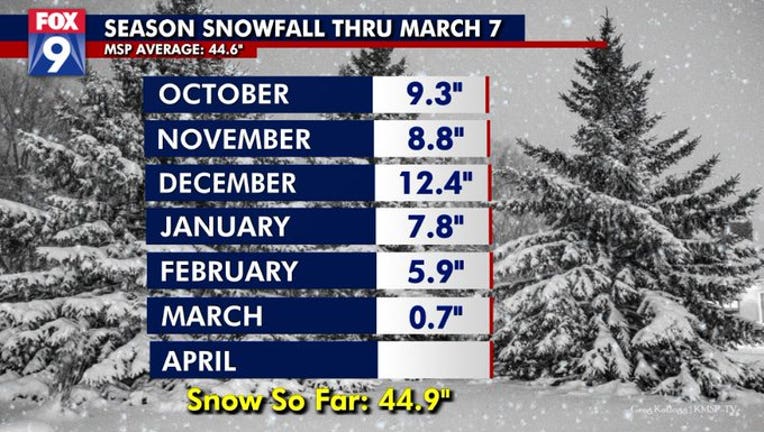 Snowfall in the Twin Cities this season to date. (FOX 9)

(FOX 9) - It certainly has been a very nice break with sunshine, snow melt and temperatures in the 50s, 60s and even some 70s. But if past years tell us anything, we’re not done with the cold and snow yet. In fact, every single year since 1885, we have seen at least a dusting of snow after the first week of March.

So far this cold season, we’re right on target for snowfall, getting just shy of 45 inches since October. That’s within a half-inch of normal. If we continue our average snowfall through the end of the season, then we should get nearly another 10 inches. But clearly, that doesn’t happen every year and can vary wildly. 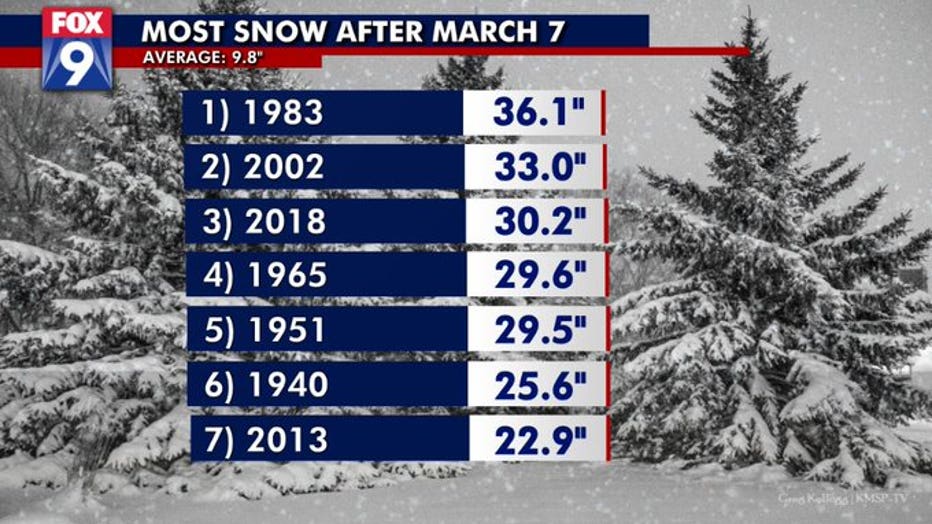 Snowfall can range from just a trace (the official terminology for a dusting) all the way to 3 feet. What may be even more amazing, though, is that just in the last 10 years or so, we’re in the top seven for both snowiest ends to the season and least snowy. 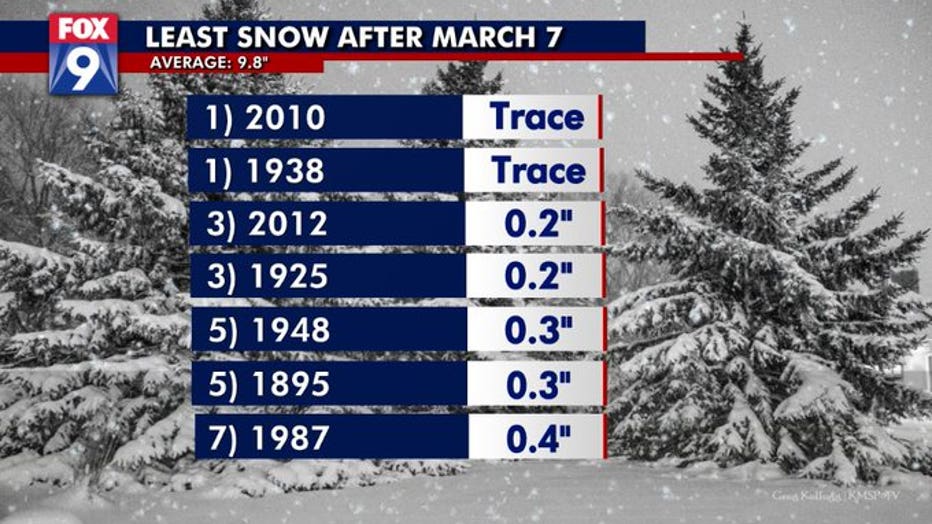 Of course, many of us were around for the ridiculous year of 2018 where we saw the snowiest April on record. Five years prior to that, we saw nearly 2 feet to round out our season. But the year before, we saw just 0.2 inches, and two years prior, we saw the least snowy after the first week of March at just a trace.

What will we see this year? Well, it’s anybody’s guess at this point. But a first glance through the rest of the month shows we may spend a good chunk of time below average, which would make it cold enough for snow. So I guess we’ll see.

Stay up to date on the weather by downloading the FOX 9 Weather App. It has the latest temperatures, forecasts and school closings 24/7. Download it for Android or Apple.