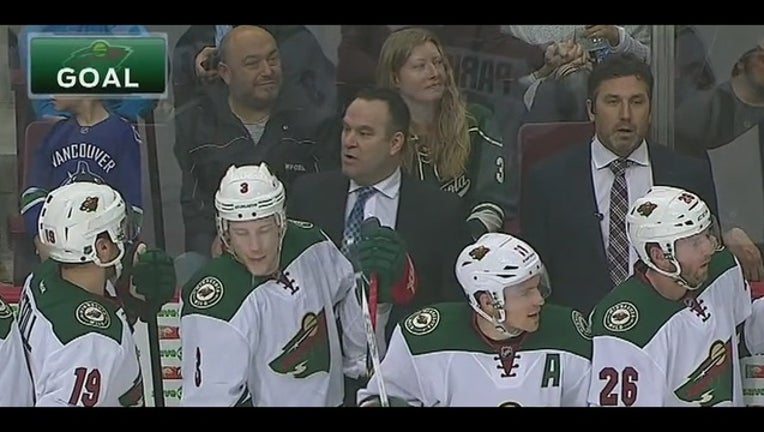 (KMSP) - The Wild won their first game under new head coach John Torchetti. The interim coach made his debut Monday night in Vancouver, taking over for Mike Yeo who was fired on Saturday.

Zach Parise forced a turnover, then ripped a slap shot to put the Wild up 1-0 early. In the second period, the Wild stretched their lead to 3-1 with a Justin Fontaine goal on a feed from former Gopher Erik Haula.