The Minnesota Wild is left to wonder what might have been after the best regular season in franchise history didn’t translate to a run in the Stanley Cup Playoffs.

MINNEAPOLIS - The Minnesota Wild is left to wonder what might have been after the best regular season in franchise history didn’t translate to a run in the Stanley Cup Playoffs.

On Monday, Wild players talked about the highs of their historic 82-game regular season, and the lows that came with losing in the first round of the playoffs for the third straight year. Tuesday, Wild coach Dean Evason and GM Bill Guerin took their turn.

Before the season, Guerin bought out the contracts of veterans Zach Parise and Ryan Suter. He made a series of roster moves before the trade deadline, including acquiring Marc-Andre Fleury. Kirill Kaprizov set a team scoring record, and became the first Wild player to collect over 100 points in a regular season. The Wild had six 20-goal scorers, three 30-goal scorers and Mats Zuccarello recorded a career-high 55 assists.

But the Wild is home watching the playoffs after losing to the Blues in six games. The Wild hasn’t won a playoff series since beating the Blues in 2015. It was a mix of emotions for Guerin.

"This team had something special about it and we made tremendous steps in the direction that we want to be going in. There was just so much to be proud about this team for," Guerin said. "This is the first season that management, coaches and players alike were able to do things exactly the way we want to do them. We took such a big step in the right direction, that gives me a lot of hope for what’s to come."

Guerin and Evason talked Tuesday about the goaltender situation between Cam Talbot and Marc-Andre Fleury, and Guerin talked about an uncertain future for Kevin Fiala with the Wild.

GUERIN ON TALBOT, FLEURY: ‘WE WANT THEM BOTH BACK’

The Wild had a decision to make in net entering the Stanley Cup Playoffs: Start a hot goalie in Talbot, who finished 13-0-3 in his last 16 games. Or go with Fleury, who they traded for and has won three Stanley Cups. 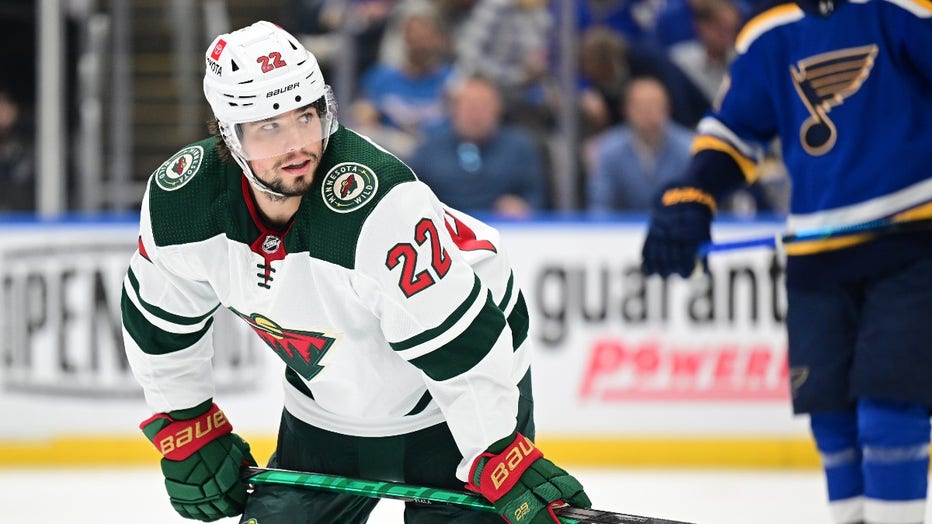 Minnesota Wild leftwing Kevin Fiala (22) during Round 1 Game 6 of the NHL Stanley Cup Playoffs between the Minnesota Wild and the St. Louis Blues on May 12, 2022, at Enterprise Center, St. Louis, MO.  ((Photo by Keith Gillett/Icon Sportswire via Getty Images),)

They decided on Fleury, and didn’t make a change until Game 6. Evason clarified what he meant when saying it was an easy decision.

"It was an easy decision because either way, we were very confident, extremely confident that whichever way we were going to go, that both goaltenders played so well. We had a very, very difficult decision but we felt it was easy because it was going to be a good one. We still feel it was a good one," Evason said. "When we made the decision, Marc-Andre Fleury had three Stanley Cups. That tipped the scale, that was the decision. We try to make the most intelligent decision for our hockey club and for the team. There’s no controversy here."

Talbot is under contract for one more season in Minnesota. Fleury is a free agent. Guerin wants them both back next season.

"It’s really not that big of a deal. There’s no controversy, there’s no drama. We like both goalies, we like both people. We want them both back," Guerin said. "We think we can be successful with both of them, that’s just it."

Guerin brought Kevin Fiala back for the 2021 season on a one-year deal to avoid arbitration. He opted to make other roster moves, including signing Kaprizov long-term, first. Fiala just had the best season of his professional career, with 33 goals and 52 assists. Both are career-highs.

"There’s uncertainty. We’d love to have Kevin back, I don’t know if it’s going to be possible," Guerin said. "We have to dig into it a little bit and see what we could possibly do. But there is uncertainty. I’m uncertain."

Improving special teams and overcoming adversity will be major points of emphasis for the Wild this offseason. The power play struggled, and the series turned after the Wild won Game 3 5-1 in St. Louis. With Game 5 tied 2-2 after two periods, Vladimir Tarasenko scored a third period hat trick.

Facing elimination in Game 6, the Wild trailed 4-0 after two periods and never recovered.

"When we were faced with tough situations, we didn’t stick to our game plan, what made us successful. It was very uncharacteristic things that came up that prevented us from moving forward," Guerin said.