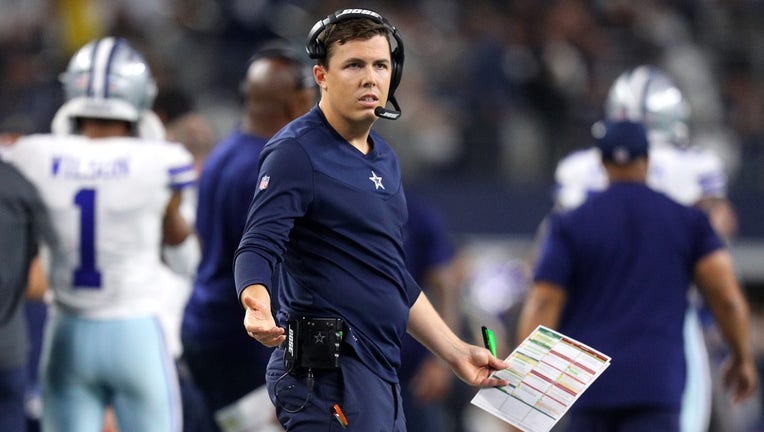 MINNEAPOLIS - The Mike Zimmer era is over after eight seasons with the Minnesota Vikings.

Vikings owner Mark Wilf said Monday there was a need to make a change, the on-field performance wasn’t good enough for anyone’s standards. Wilf said the ownership group will hire a general manager before a head coach, but a list of who’s getting the early steam to be the next head coach.

Eric Bieniemy is a popular name whenever a head coaching position opens up. He was the running backs coach with the Vikings for Brad Childress, and is now the offensive coordinator for the Kansas City Chiefs. He’s 52 years old, and Patrick Mahomes won the MVP in Bieniemy’s first season as offensive coordinator. Bieniemy won a Super Bowl with the Chiefs the following season.

Bieniemy has interviewed several times for openings, and has more than earned his opportunity.

Kellen Moore is one of the hot young names in coaching circles. Currently the offensive coordinator in Dallas, the 33-year-old helped lead the Cowboys to a 12-5 season, and a spot in the NFC Playoffs. Moore, a former quarterback, led the Cowboys to the top offense in the NFL in scoring (31.2 points) and yardage (407).

He’s not currently coaching, but Vikings fans should know the Doug Pederson name well. He led the Eagles to a 38-7 win over Minnesota in the 2018 NFC title game, and a win over the New England Patriots in the Super Bowl at U.S. Bank Stadium. He stepped away from football this season after going 4-11-1 with the Eagles in 2020.

Brian Flores was the surprise of "Black Monday," being fired by the Miami Dolphins after a 9-8 season that featured a 1-7 start. He’s 40 years old and went 24-25 in three seasons with the Dolphins, and spent 11 seasons under Bill Belichick in New England. There isn’t a better head coach to learn from, and Flores will talk to multiple teams before finding a landing spot.

The strangest name floated so far? Lane Kiffin, currently the head coach at Ole Miss. Kiffin, who has Minnesota ties, went 5-5 in his first season at Ole Miss before finishing 10-3 this year and finishing No. 11 in the country. Kiffin, a Bloomington Jefferson graduate, was hired to be the Raiders’ head coach in 2007, but was fired in less than two seasons after a 5-15 start.

Wilf said the ownership group will be diligent, and they’re No. 1 priority is to make sure the next head coach is the right fit for the players.