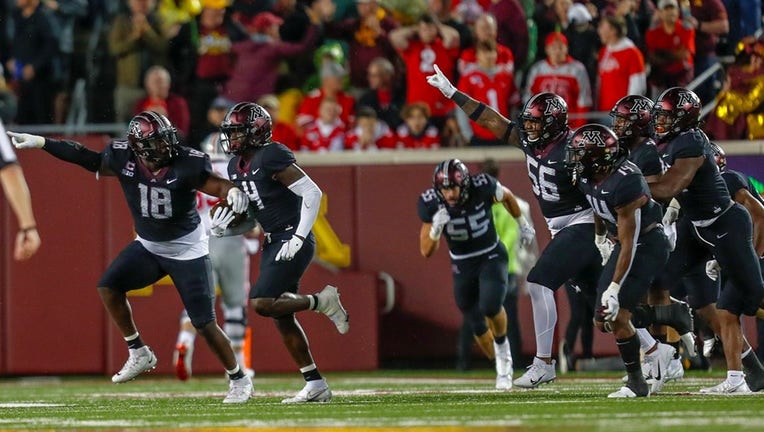 MINNEAPOLIS - The University of Minnesota football team hosts Miami (Ohio) at 11 a.m. Saturday, seeking its first win of the 2021 season after dropping the season-opener to No. 4-ranked Ohio State, 45-31.

Saturday’s game at Huntington Bank Stadium is the start of a three-game non-conference schedule for the Gophers. They also travel to Colorado, and host Bowling Green before resuming Big Ten play. They’ll have to move on without Mo Ibrahim, who went down with a season-ending leg injury after running for 163 yards and two touchdowns against the Buckeyes.

The P.J. Fleck Show: Gophers look to rebound after losing Ibrahim for year

Coach P.J. Fleck reacts after the Minnesota Gophers lose running back Mohamed Ibrahim for the year.

Here’s what Gophers’ are saying ahead of facing the Redhawks.

If you watched the Gophers’ defense against Ohio State, you saw too many big plays allowed by the Minnesota defense. That will happen to a lot of teams against the Buckeyes, but the Gophers have some things to clean up after Week 1. Ohio State’s five offensive touchdowns went for at least 38 yards, and two went for 70-plus.

Some big plays came as a result of poor communication and not being aligned pre-snap. Others were just superior athletes winning match-ups. Linebacker Jack Gibbens, a transfer from Abilene Christian making his Gophers’ debut, had two tackles and a quarterback hit in the game.

"That’s something we’ve been really emphasizing this week. Just focusing on communication, getting everybody on the same page and then guys locking in on the details of their assignment. Can’t have the big plays that we let up this week," Gibbens said.

For the first time in two years, the Gophers had their entire starting offensive line back from the 2019 team that went 11-2. That includes Conner Olson, Blaise Andries, Sam Schlueter, John Michael Schmitz and Daniel Fa’alele. The offense featured packages against the Buckeyes that had seven, and even eight on the line with a tight end.

It’s a physical approach that went for 203 rushing yards against the Buckeyes.

"That’s kind of the offensive identity of our football team right there. Our strength is our O-line, those guys are incredible and I think it would be a waste if we couldn’t get as many of those guys on the field as possible," tight end Ko Kieft said. "That’s who we want to be as an offense, the most physical offensive unit in the country."

The Gophers are saying the right things ahead of facing the Redhawks. It’s a team that won the MAC title two years ago, and one that lost at Cincinnati last week 49-14, but didn’t have its starting quarterback.

They’re not overlooking Miami (Ohio). Then again, they can’t really afford to. An 0-2 start would be disastrous, and the Gophers have struggled in the past to handle inferior opponents. Look back to 2019, when they struggled to beat South Dakota State and had to rally late in the fourth quarter to beat FCS Georgia Southern. Don’t pay attention to the fact that the Gophers are 19-point favorites, it’ll likely be a competitive game in the fourth quarter.

Nyles Pinckney, a Clemson transfer, is one of the additions to a stacked defensive line for the Gophers this season. He had one tackle against Ohio State, but stepped away from football last weekend to attend the Minnesota State Fair.

He had Sweet Martha’s Cookies, mini donuts and even did a few rides.

"My favorite thing was definitely the food there, I didn’t expect them to give you a bucket of cookies, I’ve never been somewhere like that so that was a great feeling. That’s why I was a little heavy Sunday, but I didn’t tell them anything," Pinckney said. "I didn’t want to tell my nutritionist."

Pinckney is already winning over Gophers fans, now he wants to help Minnesota earn wins on the football field.