July 15 is almost here and it’s time to file your taxes. Here are a few things you might want to know.

Kansas City Chiefs quarterback Patrick Mahomes signed a massive contract extension this week, which means – even after taxes – he stands to earn a lot of money.

Mahomes’ deal is the most lucrative in sports history – marking the first time an NFL player will top the list of the world’s highest-paid athletes.

On top of that, Mahomes will be eligible for $25 million worth of performance-based incentives.

When it comes to his tax obligations, Mahomes will owe federal income taxes – the current top rate is 37 percent. He will also owe so-called jock taxes, which athletes pay to states where they play and earn income. These taxes are usually calculated by dividing the number of workdays spent (practices and games) in the city by the total number of workdays.

It's not a double tax, however. Players pay taxes equal to the highest rate in either their resident or non-resident state. They get credit for the taxes in the lower-tax state.

Mahomes is said to have residences in both Texas and Kansas City. Texas, where Mahomes reportedly spends his time during the offseason, is one of a handful of states that does not have a statewide income tax. 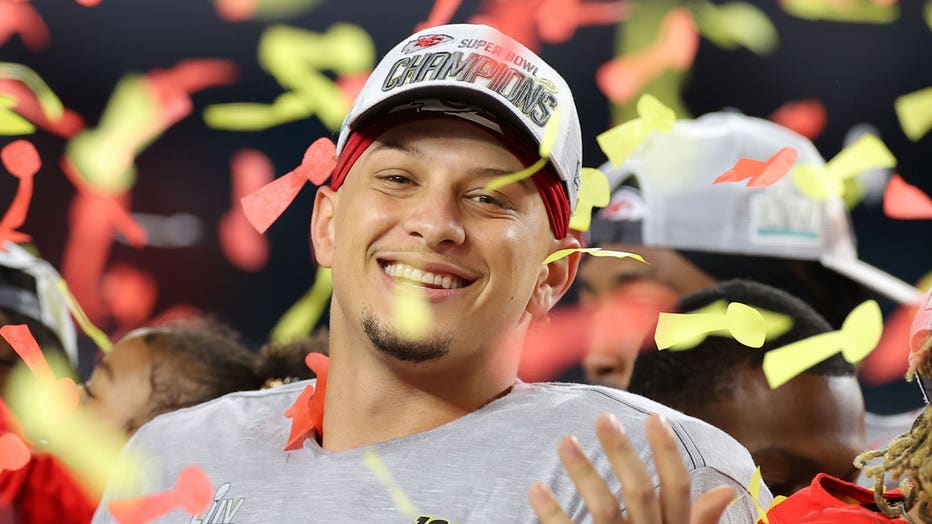 Patrick Mahomes of the Kansas City Chiefs celebrates after the Chiefs defeated the San Francisco 49ers in Super Bowl LIV at Hard Rock Stadium on February 02, 2020 in Miami, Florida. The Chiefs won the game 31-20. (Photo by Focus on Sport/Getty Images

Taking these obligations into account, Robert Raiola, director of the sports and entertainment group at PKF O'Connor Davies, told FOX Business that – assuming Mahomes is a Texas resident – he would owe approximately $214.3 million on his guaranteed $477 million.

That means he would take home around $263.3 million.

Raiola noted that as an out-of-state resident, Mahomes would still owe a lot in Missouri because of jock taxes.

However, if Mahomes were a Kansas City resident, he would owe a bit more in taxes – about $218.5 million, meaning his net pay would be about $259.1 million, Raiola said.

The young sports star stands to earn even more from other deals he has with brands including Oakley and Bose Electronics, as reported by FOX Business' Thomas Barrabi.

If Mahomes’ deal with the Chiefs is carried to term, it would take him through 2031. He had two years left on his current contract.