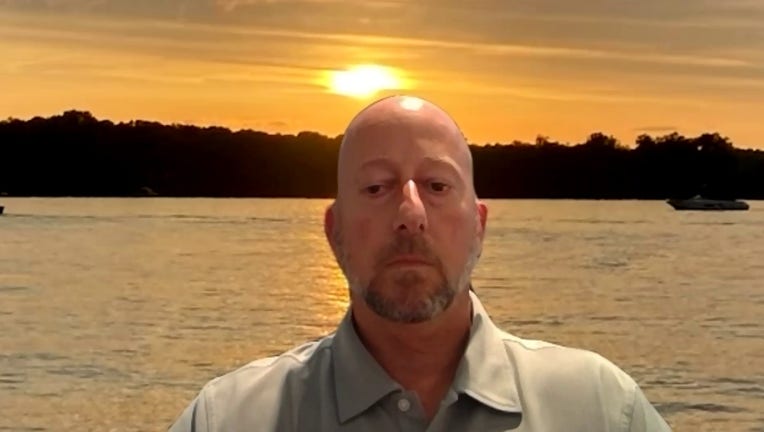 Vikings head trainer and Infection Control Officer Eric Sugarman announced Monday he and his family tested positive for COVID-19 over the weekend. (FOX 9)

MINNEAPOLIS - Minnesota Vikings Infection Control Officer Eric Sugarman said last week that the team will in some way be affected by the COVID-19 pandemic.

“We’re going to have people that get COVID. It’s unavoidable,” Sugarman told reporters via Zoom as he gave a tour of what Training Camp at TCO Performance Center will look like for the team as they abide by COVID-19 guidelines.

Minnesota Vikings Infection Control Officer Eric Sugarman said last week that the team will in some way be affected by the COVID-19 pandemic.

Little did he know that he would be referencing himself. Sugarman and the Vikings announced that he and his family tested positive for COVID-19 over the weekend.

“This weekend my family and I tested positive for COVID-19. We immediately quarantined and began to follow the established protocols. At this time we are all doing fine and experiencing only mild symptoms.

I have an immense amount of pride in the effort I have personally put forth to protect the NFL family, the Minnesota Vikings organization and our community with thoughtfulness and decision-making based on the current science over these last four months. I am humble to be serving in that capacity as it has been some of the most rewarding work of my career. But as I sit here in quarantine, it is clear this virus does not discriminate. It should continue to be taken seriously. I encourage people to take the necessary precautions and follow guidelines that have been established nationally and locally.

At this time I am taking care of myself and my family and am focused on their health and recovery. I will return to the Vikings and my role after following the proper protocols,” Sugarman said in a statement.

The Vikings also released a statement on Monday.

“We learned over the weekend Minnesota Vikings Head Athletic Trainer and Vice President of Sports Medicine and the team’s Infection Control Officer Eric Sugarman, along with members of his family, tested positive for COVID-19. Eric immediately shared his results with the organization and began to follow the previously established comprehensive protocol created by the NFL and national and local health experts. Eric and his family are currently in self-quarantine and providing daily updates on their well-being.

“We have followed the team’s protocol for sanitizing the facility and for notifying any personnel who may have been in close contact with Eric. Those individuals have been tested and are returning under the established guidelines. Eric has not had recent contact with players, and no additional cases within the Vikings front office have been identified at this time.

“Eric will continue to fulfill his role as the team’s ICO virtually as much as possible, and his athletic training staff and other Vikings personnel will assist where necessary. We wish Eric and his family a quick and full recovery and look forward to him returning to the Vikings when appropriate.

“The health and safety of every member of our organization, our fans and of the broader community is paramount. We encourage everyone to take this virus seriously and to practice the established precautions,” the statement reads.

Vikings’ rookies, quarterbacks and select veterans reported late last week. The rest of the team reports Tuesday, with the first workouts scheduled for Wednesday at TCO Performance Center, without fans in attendance.