A safety plan is in place for the Minnesota Vikings during its training camp.

Vikings rookies, quarterbacks and select veterans are slated to report on Thursday. Everybody else is expected to report a week from Tuesday, July 28. It’s not clear when the first team walk-through or workout will be held.

It’s the job of Sugarman and his staff to make TCO Performance Center as safe as possible amid the Covid-19 pandemic, but admits nothing will be perfect.

“We’re going to have people that get Covid, it’s unavoidable. The first few weeks are going to be some of the toughest weeks we’ve had because they’re going to be critical to establish what we refer to as our ‘new normal,’” Sugarman said. “We have a huge responsibility, all of us, to make the right decisions and to protect each other for this to be successful.”

Before any training camp can start, the NFL and its players’ association have to come to an agreement on Covid-19 testing protocols. As of Monday afternoon, the two sides were close.

So what’s the plan?

Sugarman had to come up with an Infectious Disease Emergency Response plan (IDER) before anyone affiliated with training camp can step foot on the facility. It has to be approved by the NFL and players before moving forward. 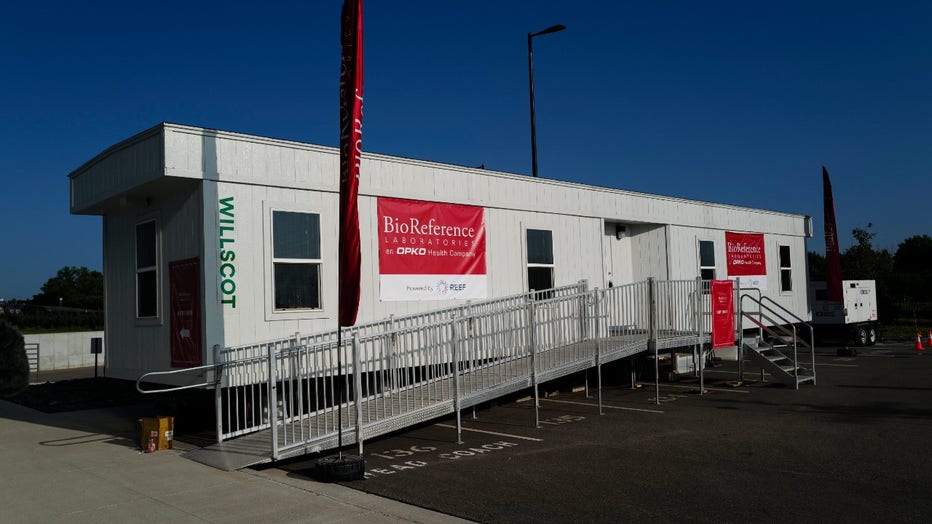 TCO Performance Center will be separated into restricted areas, and everyone on the premises will have a credential with their designated tier assignment stated on lanyard. Tier 1 and Tier 2 employees are allowed in restricted areas like practice fields, training rooms, the locker room, meal rooms and meeting rooms.

Before anyone even gets to TCO Performance Center, they’ll have to fill out a health questionnaire on an app on their phone to get clearance. Upon arriving to the facility, a trailer that currently sits in coach Mike Zimmer’s spot in the parking lot can perform up to four Covid-19 tests at a time.

People will then walk up to a contact-free iPad to have their temperature checked. If someone tests positive, they’ll have contract tracing to generate a report of where that person has been and who they have been in contact with.

“Our whole goal throughout the league is to make it as safe as possible for everyone. They talk about the players and the players being essential to play football. I think about myself and my family, I think about my wife and my two kids that I go home to each and every day. We all have to think along those lines,” Sugarman said. “We now have a different, more impactful responsibility to make sure we do the right thing and to keep this virus out of this building to the best of our abilities. I have confidence that we can do it, we’ve taken every step to make this building as safe as possible.”

There are signs all over the facility and reminders on the floor for people maintain proper social distancing. Anyone entering TCO Performance Center on a daily basis will also be required to wear a mask.

Meeting rooms have been completely reconfigured to conform to Covid-19 guidelines. A normal offensive line room that would have up to 22 people has been cut to 12. The team’s auditorium has been cut from 174 seats to 42 seats and will be used mostly by Zimmer and the coaching staff.

Offensive and defensive meeting rooms have been cut in half, and the NFL is urging teams to hold meetings virtually if at all possible. Meetings can also be held outside, with masks and social distancing. Players are being encouraged to use their own team-issued iPads to learn the playbook as much as possible.

The locker room has been reconfigured to allow at least six feet between each locker. Couches once in the middle of the room have been moved out.

The athletic training room has been reconfigured with tables at least six feet apart. There is plexi glass between each table. Treatment times for players will be staggered, and private exam rooms will also be used for treatment.

The team’s weight room has been modified, all 6,000 square feet of it, to allow for players to have socially-distanced workouts. Machines have been moved, and players will work out in groups of 15 to 20 instead of normally double that.

The team’s hot tub, which can normally hold up to 15 at a time, has been reduced to six.

Hand sanitizers are all over TCO Performance Center, to the point where Sugarman said you can’t walk more than 30 seconds without finding one. Gloves are required for common touch points, and players’ helmets, pads and other equipment will be cleaned daily, if not between walk-throughs and practice.

Sugarman’s role on the practice field also changes. Each player gets their own Gatorade bottle with their name and number on it. No sharing water or Gatorade this year.

The players will also have single-use towels, which will immediately be disinfected and thrown into the laundry after use. TCO Performance Center will go through a 48-hour cleaning and sanitizing period before Training Camp starts.

Every meeting room will be cleaned and sanitized after each use.

It’s not ideal and there will be hiccups, but it’s in the name of safety and ensuring a 2020 football season can happen.

“This virus is not political. It doesn’t care about your political affiliation, it doesn’t care about the color of your skin, it doesn’t care what religion you are, it doesn’t know. We have to get everyone to understand that it’s an absolute competitive advantage in the NFL in 2020 to adhere to these protocols, to take heed of all the warnings that we’ve all be doing the last four months. The team that does it the best clearly has the advantage because they will be healthier in theory,” Sugarman said. “We have to continue to educate our players, our staff, our coaches, their families on the importance of this. Not so that we can win football games, it’s so we as human beings can remain healthy.”