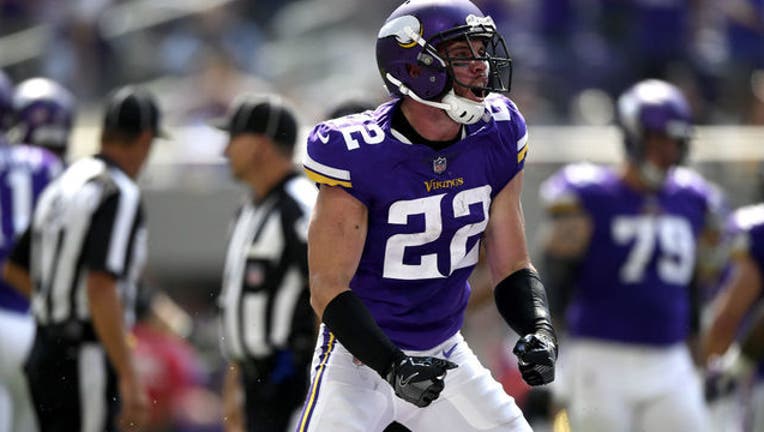 Harrison Smith #22 of the Minnesota Vikings celebrates after recovering a fumbled ball in the second quarter of the game against the San Francisco 49ers at U.S. Bank Stadium on September 9, 2018. (Photo by Hannah Foslien/Getty Images)

Smith, 29, recovered a fumble on the Minnesota two-yard line and made an interception late in the fourth quarter to help seal the Vikings 24-16 victory. He also had two tackles for loss and one sack.

Smith is now the Vikings all-time leader in career sacks by a defensive back with 10 sacks in seven seasons.

This is the second time in his NFL career he has been named NFC Defensive Player of the Week. He was awarded the title last season in Week 16 after an road win against Green Bay.