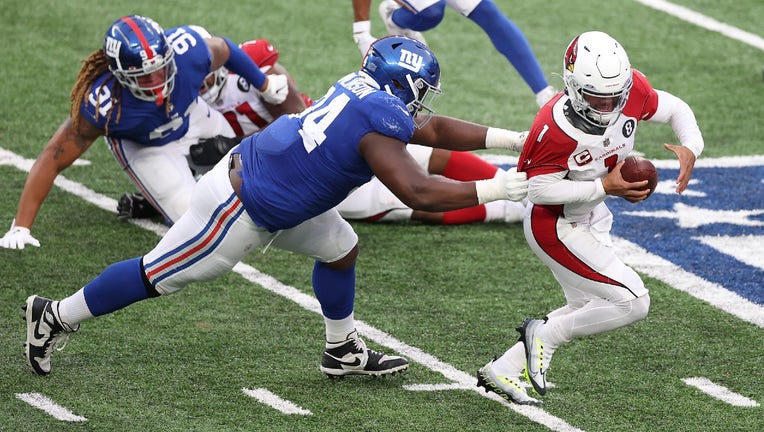 MINNEAPOLIS - The Minnesota Vikings’ defensive line vastly underperformed in 2020 as the team finished 7-9 and missed the NFC Playoffs for the fourth time in seven seasons under Mike Zimmer.

It appears the Vikings’ front office is determined to not let that happen again as free agency is set to begin this week. According to multiple reports, they’re expected to add former New York Giants defensive tackle Dalvin Tomlinson.

The deal is reportedly two years, and worth $22 million, with $16 million guaranteed.

Tomlinson is 6-3, 318 pounds and is leaving the Giants after four seasons and starting his career in New York after being drafted in the second round of the 2017 NFL Draft. Tomlinson has 64 career starts, and has seven sacks the last two seasons combined. He also has five passes defended, and one forced fumble.

Tomlinson also has 15 tackles for loss the last two seasons, and 19 quarterback hits.

He’ll join Minnesota’s biggest offseason acquisition last year in free agency, defensive tackle Michael Pierce. Pierce was expected to be a run-stopper at defensive tackle before opting out of the 2020 season due to concerns with a COVID-19. Now, Pierce and Tomlinson will combine to provide for more than 650 pounds on the defensive line.

Getting better up front at the line of scrimmage is a top priority for the Vikings. In their two most important games of last season in coming up short of the playoffs, the Vikings allowed 199 rushing yards against the Chicago Bears in Week 15, and 264 yards to the New Orleans Saints on Christmas Day. The Vikings were near the bottom of the NFL in rushing defense last year, allowing 134 yards per game.