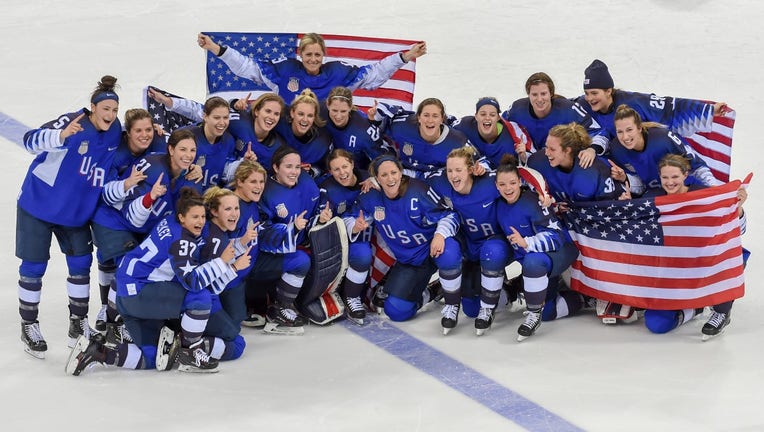 The U.S. women's hockey team sits for a team photo following the women's gold medal hockey game with the U.S.A. defeating Canada 3-2 in a shootout during the 2018 Winter Olympic Games at the Gangneung Hockey Center on February 22, 2018 in PyeongChang ((Photo by Ken Murray/Icon Sportswire via Getty Images))

MINNEAPOLIS - Officials with USA Hockey announced that Monday night’s exhibition between the U.S. Women’s National Team and Canada at Xcel Energy Center has been canceled.

Officials say the game is canceled due to concerns with COVID-19. All tickets purchased online via Ticketmaster will be automatically refunded. Refunds through other venues are available through point of purchase.

"We’re extremely disappointed to not be able to play the game tonight," said Pat Kelleher, executive director of USA Hockey, in a statement. "We’re thankful for the great support we’ve received from the Minnesota Wild, Xcel Energy Center and the Minnesota hockey community and we look forward to the next time we’re back here in Minnesota."

The news comes as the Wild had two home games postpone last week due to COVID-19 issues with the Carolina Hurricanes and Florida Panthers. Thursday’s game against the Detroit Red Wings is also postponed as the Wild get ready to host the St. Louis Blues for the NHL Winter Classic on New Year’s Day at Target Field.

USA Hockey officials are also expected to make official on Monday that the NHL is opting out of having its players in the 2022 Winter Olympics in Beijing.