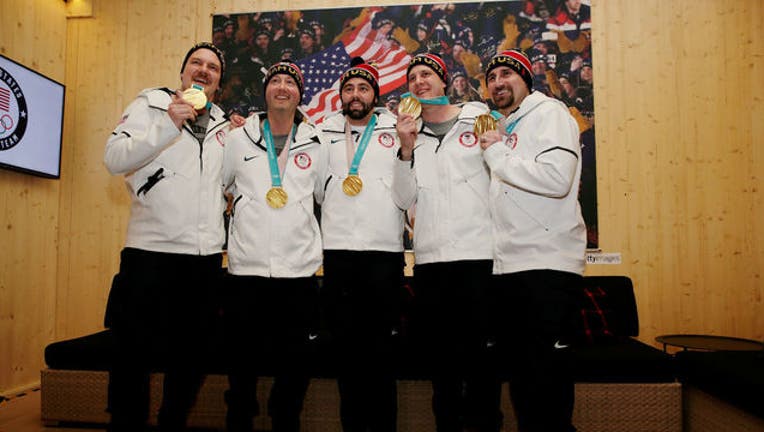 MINNEAPOLIS (KMSP) - The Olympic gold medal-winning U.S. men's curling team will be throwing baseballs instead of stones at the Minnesota Twins home opener next month.

The Twins open their season against the Seattle Mariners on April 5 at Target Field. U.S. men's curling team members John Shuster of Chishom, Tyler George of Duluth, John Landsteiner of Mapleton, Matt Hamilton from McFarland, Wisconsin and alternate Joe Polo of Bemidji were selected to throw out the ceremonial first pitch.

Dessa, a Minneapolis-based rapper and member of local music group Doomtree, will sing the national anthem.

Similar to previous years, the Twins will also host a free breakfast for fans on Opening Day. Breakfast on the Plaza will take place from 6 a.m. to 9 a.m. on the 7th Street side of Target Plaza.

The Twins will start their 2018 season on the road with a three-game series against the Baltimore Orioles on March 29, 31 and April 1.