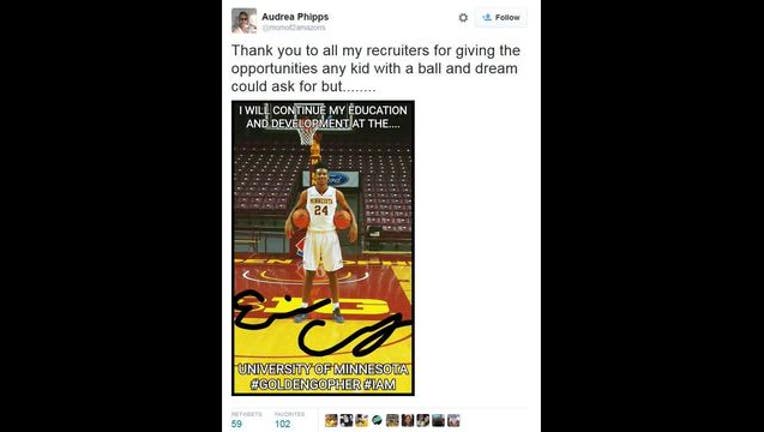 Curry’s mom made the announcement on Twitter with a picture of her son sporting a Golden Gophers uniform.