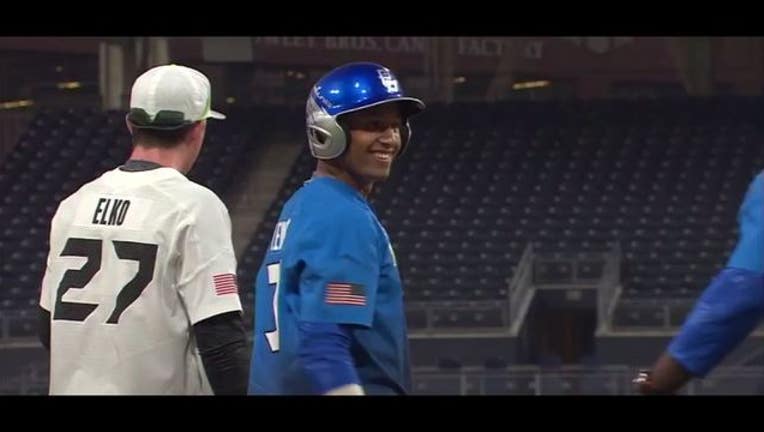 (KMSP) - The Minnesota Twins picked a high school shortstop for the first overall pick in the MLB draft.

Royce Lewis is an 18-year-old from Aliso Viejo, California, who went to Jserra Catholic High School.

He played third base and outfield until his senior year when he moved over to shortshop.

He also brought home a gold medal as a part of the USA Baseball 18U National Team with a win over Cuba in the 2016 COP ABE Pan American AAA Championship.

This is the Twins' third time with the first overall pick in the draft. The last time was in 2001 when the club selected Joe Mauer.

The Twins also selected outfielder Brent Rooker of Mississippi State for the 35th overall pick and Landon Leach, a Canadian right-handed pitcher committed to the University of Texas for the 37th overall pick.