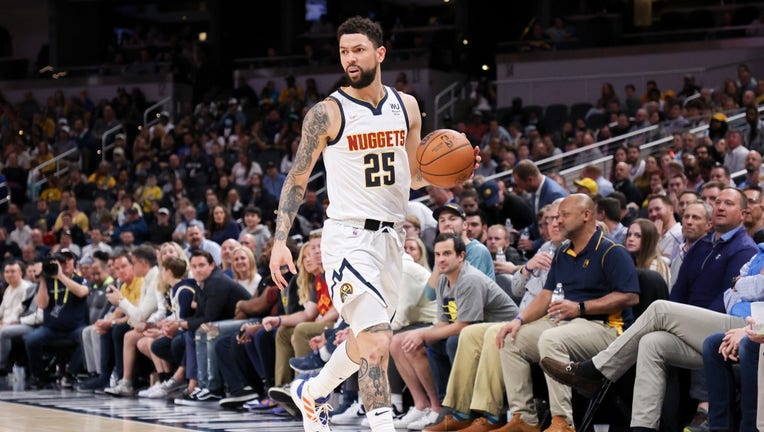 Austin Rivers #25 of the Denver Nuggets dribbles the ball in the third quarter against the Indiana Pacers at Gainbridge Fieldhouse on March 30, 2022 in Indianapolis, Indiana. ((Photo by Dylan Buell/Getty Images))

MINNEAPOLIS - The Minnesota Timberwolves on Thursday added another veteran piece to their backcourt for the 2022-23 season via free agency.

According to multiple reports, the Timberwolves are signing guard Austin Rivers to a one-year contract, reportedly on a veteran minimum deal. Rivers is entering his 11th NBA season and has familiarity with new front office head Tim Connelly after playing the last two seasons with the Denver Nuggets.

The Minnesota Timberwolves are making a low-risk move in bringing in veteran guard Austin Rivers on a 1-year deal.

"Minnesota I’m hype. Excited to be part of the squad! Big year Ahead!!" he tweeted.

Rivers also posted, "Been wanting to live in Minneapolis since mighty ducks. Where Charlie Conway at?... Let’s link."

Rivers was a standout at Duke and is the son of Doc Rivers, and was the No. 10 overall pick in the 2012 NBA Draft by the New Orleans Hornets. The Timberwolves will be Rivers’ seventh different team, and he joins a backcourt that includes D’Angelo Russell, Anthony Edwards, Jordan McLaughlin and newly-signed Bryn Forbes, who also played for the Nuggets last season.