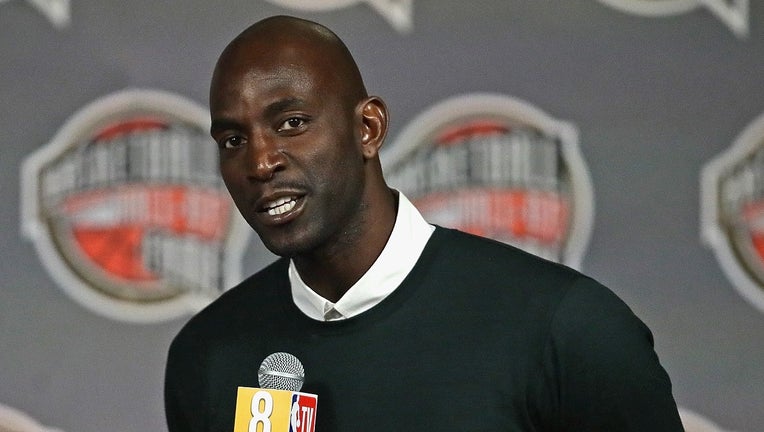 Kevin Garnett, a finalist for the 2020 Naismith Memorial Basketball Hall of Fame, speaks during a ceremony announcing the finalists at the United Center on February 14, 2020 in Chicago, Illinois. (Getty Images)

(FOX 9) - Timberwolves legend and NBA Champion Kevin Garnett joined basketball's greatest players on Saturday as he was inducted into the Naismith Memorial Basketball Hall of Fame.

Garnett, who spent 12 seasons with the Timberwolves before moving onto Boston and winning a ring, spoke first during Saturday's ceremony. During his speech, he explained he wanted to go early, joking he wanted Celtics legend Bill Russell to hear him before his bedtime.

Garnett talked about his passion for the game and thanked everyone who helped him get to where he is – including showing some love for Minnesota.

"The city of Minneapolis, I look forward to rebuilding you," Garnett said. "To the Timberwolves organization, to [former Wolves coach] Kevin McHale who is here – thank you Kev, thank you Flip [Saunders]. Rest in peace."

"My only regret for Minnesota is that I didn't get to bring a championship," added Garnett. "But I look forward to rebuilding Minneapolis. I wanted to say thank you to the city and thank you to the state."