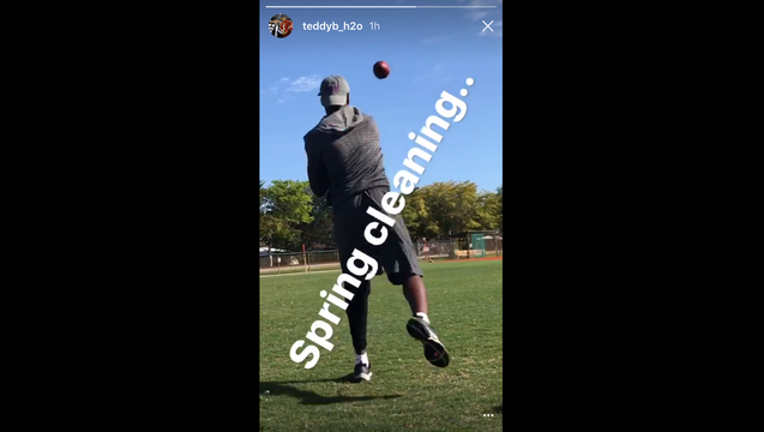 EDEN PRAIRIE, Minn. (KMSP) - It's a great sight for Minnesota Vikings fans: Teddy Bridgewater throwing a football. There's no timetable for Bridgewater's return after he suffered a season-ended knee-injury last year, but a video posted on his Instagram Story shows the quarterback dropping back and throwing a pass -- about 5 seconds of hope.

Teddy Bridgewater dislocated his knee and tore his ACL during practice on Aug. 30. He underwent successful surgery in Dallas in September and the Vikings say the young quarterback faces a long road of rehabilitation, but is expected to make a full recovery.

Sam Bradford is expected to return as the Vikings' starting quarterback in 2017 after throwing for 20 touchdowns in 16 starts in 2016.