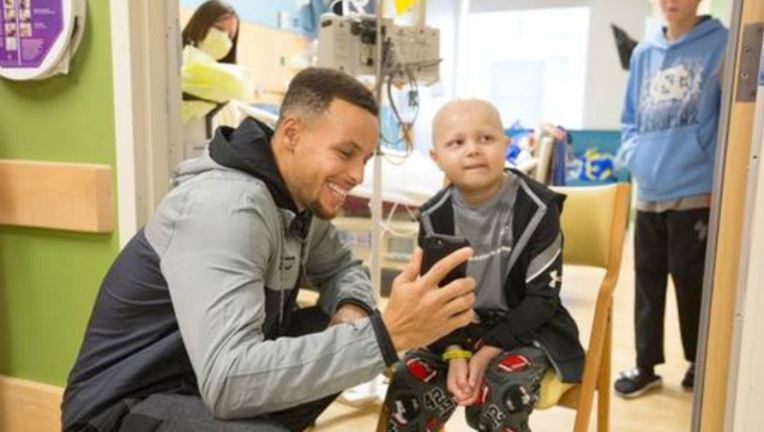 OAKLAND (AP) -- One of the NBA's biggest bargains until now, Stephen Curry is about to receive his massive payday.

The champion Warriors confirmed that in an email to The Associated Press on Friday night.

"We intend to enter into a Player Contract with Stephen once the Moratorium Period ends," Myers said.

Curry's agent, Jeff Austin of Octagon Sports, first told ESPN that the deal will be worth $201 million over five years, a record for the NBA. Austin didn't immediately return emails from AP.

Curry, who won the MVP in 2015 and `16 and earned $12 million this season, averaged 28.1 points in the playoffs while also contributing 6.7 assists and 6.2 rebounds. He said when the season ended he was looking forward to receiving a hefty raise while still focused on a team-first approach as he, Kevin Durant and the others try to build a dynasty after capturing the franchise's second title in three years against LeBron James and the Cavaliers.

"It would mean everything," Curry said of keeping the group together. "What we've built here is truly special. It's unique, it's something that you don't want to see end at all. All the pieces that we have are important to the equation of winning a championship and competing for a championship every single year. It is a business. There are decisions that need to be made every single year and you've got to assess the situation as it is.

"... As we go into the talks and this whole process, which is obviously new for me, I will approach it to get the most out of it I can as an individual, as a player, and something that I've been working for for a very long time. In the context of keeping the team together, if there are decisions that need to be made, we'll talk about it for sure."

On Thursday, NBA Finals MVP Durant declined to opt in for the second year of his contract with Golden State and is an unrestricted free agent. That was an expected move, as he said he plans to do his part to keep the core of the champion Warriors intact to chase more titles by giving the team financial flexibility.

Also Friday, a person with knowledge of the contract said backup guard Shaun Livingston had agreed to a $24 million, three-year deal to remain with Golden State as he hoped. Livingston and Andre Iguodala -- who will generate high interest across the league -- have been key members of one of the NBA's best core of reserves.

Livingston has been an integral part of the Warriors' two championship teams and three trips to the NBA Finals in the last three years. The versatile guard can play both at the point and off the ball and gives them a defensive dimension on the second unit as well.

It was among the first moves the champions made in what figures to be a busy summer.