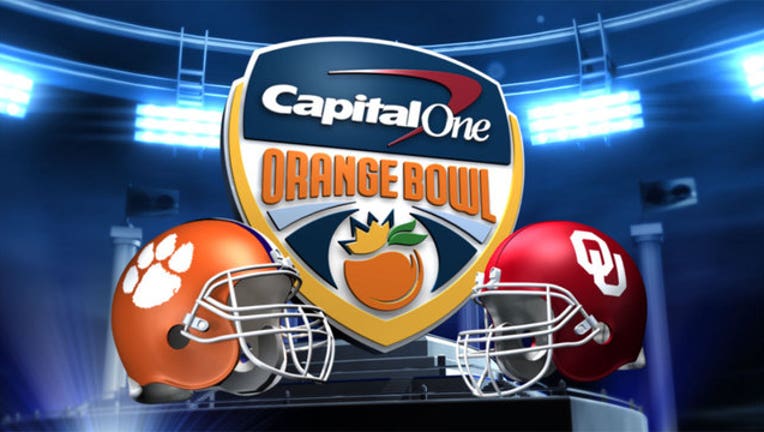 MIAMI GARDENS, Fla. (AP) - The Oklahoma Sooners were fooled by a fake punt, and stuffed on fourth down when they tried some trickery of their own.

And in the second half, Clemson was simply the stronger team.

High-scoring Oklahoma and quarterback Baker Mayfield were shut out in the second half Thursday and lost to Clemson in the Orange Bowl national semifinal game, 37-17.

For the second year in a row, the Sooners (11-2) ended their season with a loss to Clemson. They were embarrassed 40-6 by the Tigers last year in the Russell Athletic Bowl.

Mayfield threw for 311 yards but was sacked five times, and threw two interceptions in Clemson territory in the second half. He left the game after he was shaken up making a tackle following his second interception.