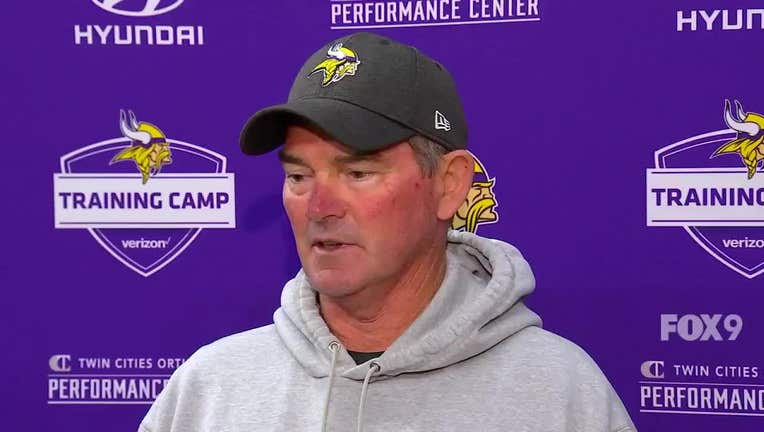 MINNEAPOLIS - According to reports, Mike Zimmer will remain the head coach of the Minnesota Vikings for several more years.

Tom Pelissero with the NFL Network reported that Zimmer and the Vikings have agreed to a multi-year contract extension. Zimmer previously was in the final year of his current deal heading into the 2020 season.

Zimmer is the third-winningest coach in Vikings history, having led Minnesota to the NFC title game two years ago and a road win the NFC Divisional Playoffs last season. Before facing the New Orleans Saints in the playoffs last year, Vikings owners Mark and Zygi Wilf gave Zimmer a vote of confidence and said they had “every intent” of keeping him in Minnesota.

Zimmer is 64 years old and was named the Vikings’ head coach in 2014. The Vikings won the NFC North in 2015, Zimmer’s second season as head coach. He also helped lead Minnesota to a 13-3 regular season mark in 2017.

Vikings’ rookies, quarterbacks and select veterans report to Training Camp at TCO Performance Center on Thursday. The rest of the team reports next Tuesday.