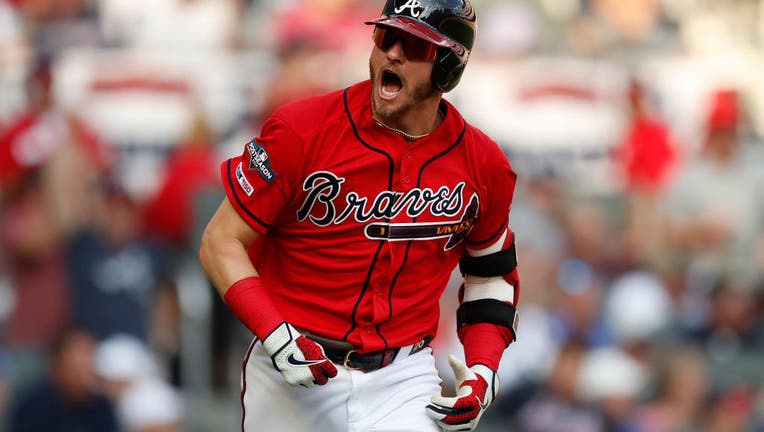 ATLANTA, GEORGIA - OCTOBER 04: Josh Donaldson #20 of the Atlanta Braves reacts after an RBI single off Jack Flaherty #22 of the St. Louis Cardinals in the first inning in game two of the National League Division Series at SunTrust Park on October 04, ((Photo by Todd Kirkland/Getty Images) / Getty Images)

MINNEAPOLIS (FOX 9) - Atlanta Braves third baseman Josh Donaldson is headed to the Minnesota Twins, according to a report.

MLB on FOX reporter Ken Rosenthal reports Donaldson inked a deal for $92 million for four years, including a fifth year option that could increase the deal's total value to $100 million.

This deal marks the second largest for a player who is 33 years old or older. Donaldson is 34 years old.

Earlier today, Miguel Sano signed a three-year deal with a club option for a fourth year. At the time, he told FOX 9's Jim Rich that he would play either first or third base. This deal with Donaldson shows Sano will likely be bringing his talents to first base.