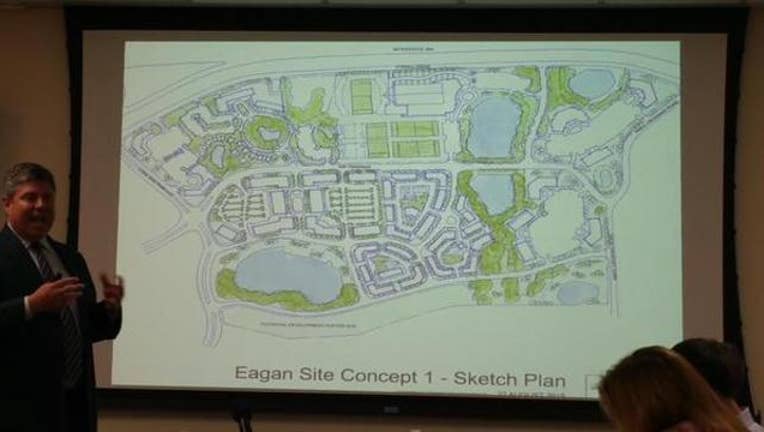 EDEN PRAIRIE, Minn. (KMSP) - The Minnesota Vikings say they’re still in “due diligence” mode, studying the former Northwest Airlines property in Eagan, Minn. as a new team headquarters, but no final decision has been made. But Friday morning, team officials unveiled a rendering of a potential Eagan campus, with a new home of the Vikings at the center of the development.

The team has some interesting concepts included in the initial plan, like a small 7,000 to 10,000-seat stadium. The development would also include a hotel and conference center and a mix of housing and retail.

When asked if the Eagan campus would be the new home of Vikings training camp, team officials said "no decisions have been made.” In August, the Vikings and Minnesota State University announced a 3-year extension to keep training camp in Mankato through 2018.

The Vikings still have some political hurdles to clear before moving out of the current Winter Park headquarters in Eden Prairie, Minn. First and foremost, the potential development would need a zoning change for the land just south of Interstate 494.