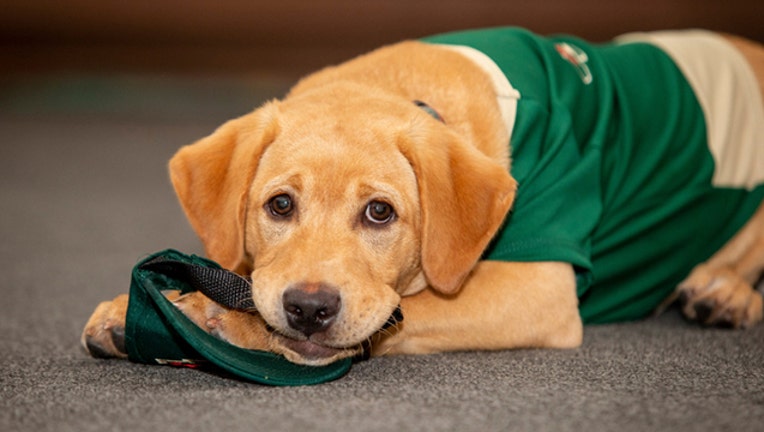 ST. PAUL, Minn. (FOX 9) - The Minnesota Wild pup-dated their roster for the upcoming season with a paw-some new player.

Breezer, a 12-week-old Labrador retriever is the Wild’s official rescue dog. The team announced Monday they had acquired him from Coco’s Heart Dog Rescue and signed him to a one-year contract.

The team said Breezer will attend most Wild home games during the 2019-20 season, as well as some practices.

Following his tenure with the team, Breezer will be trained as a service dog with Soldier’s 6, a local nonprofit that providers veterans, police officers and firefighters with specially trained K-9s. Wild President Matt Majka and his wife, Kym, are fostering him until next summer and will work on his basic obedience training.