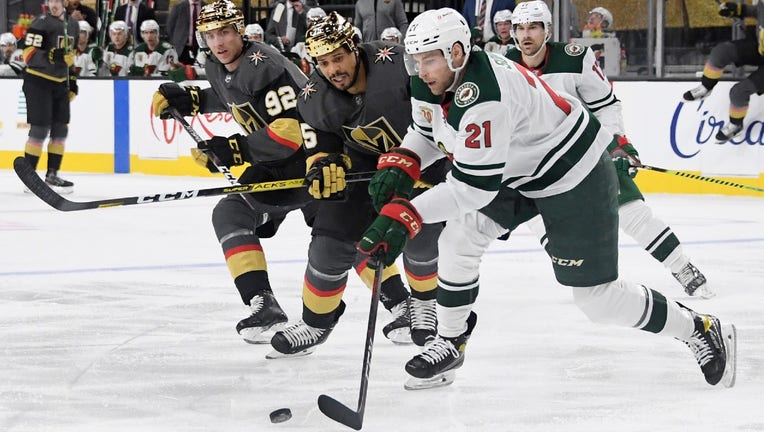 Carson Soucy #21 of the Minnesota Wild skates with the puck against Ryan Reaves #75 and Tomas Nosek #92 of the Vegas Golden Knights in the second period of their game at T-Mobile Arena on March 1, 2021 in Las Vegas, Nevada. The Golden Knights defeate ((Photo by Ethan Miller/Getty Images))

MINNEAPOLIS - The Minnesota Wild travel to face the Colorado Avalanche Thursday night, and they’ll be without defenseman Carson Soucy.

The Office of NHL Player Safety assessed Soucy a one-game suspension for his hit on Conor Garland in the Wild’s 3-0 win over the Arizona Coyotes Tuesday night. Soucy was penalized for charging on the hit, midway through the first period. He was assessed a five-minute major, but was not given a game misconduct.

Video shows Garland beating Soucy to the puck near the boards, and Soucy launches into him with a heavy hit into the glass.

In 22 games this season, Soucy has one goal and seven assists.