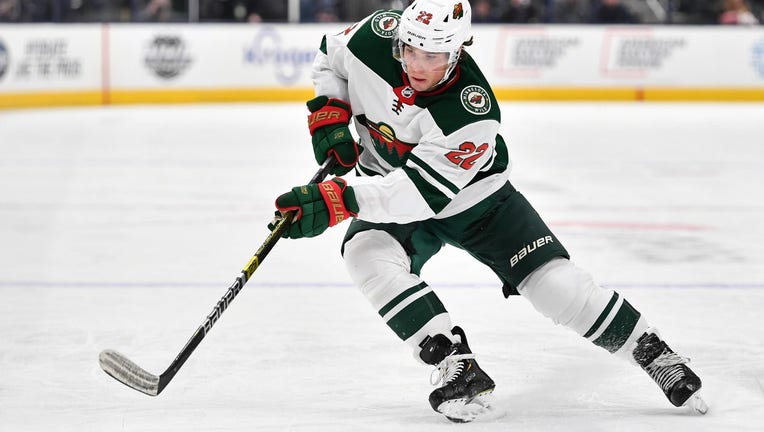 Kevin Fiala #22 of the Minnesota Wild skates against the Columbus Blue Jackets on February 28, 2020 at Nationwide Arena in Columbus, Ohio. ((Photo by Jamie Sabau/NHLI via Getty Images))

MINNEAPOLIS - The NHL hasn’t specifically announced when play might resume, but it appears the league is one step closer to getting back on the ice.

The league and its players’ association on Thursday reached an agreement to resume training camps starting July 10th for the 24 teams slated to resume play with an end-of-season tournament. That means Minnesota Wild players and coaches could get back on the ice at TRIA Rink to get back to skating and other activities in early July, provided medical and safety conditions allow.

NHL says training camps can open as early as July 10

The NHL hasn’t specifically announced when play might resume, but it appears the league is one step closer to getting back on the ice.

The Wild was one of the 24 teams that qualified for postseason play in the NHL’s return-to-play tournament. They’ll be the No. 10 seed in the Western Conference and will play the No. 7-seeded Vancouver Canucks in a best-of-five series, with the winner advancing to the first round of the modified Stanley Cup Playoffs. We don’t know when that series will start, or where it will be played.

The top four teams in the Eastern and Western Conference will play each other in a round robin to determine seeding for the first round of the playoffs.

Minneapolis/St. Paul was one of the 10 hub cities the NHL had in early consideration for teams to play in. Those hubs have not been formally announced.

The Wild was 7-3 in its last 10 games and one point out of the final playoff spot in the West when the NHL suspended play due to the Covid-19 pandemic.