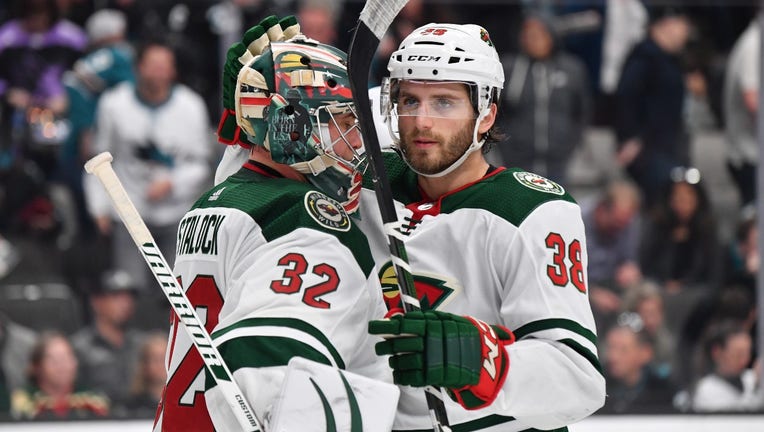 Alex Stalock #32 and Ryan Hartman #38 of the Minnesota Wild celebrates after defeating the San Jose Sharks at SAP Center on March 5, 2020 in San Jose, California. ((Photo by Brandon Magnus/NHLI via Getty Images))

MINNEAPOLIS - It doesn’t appear the National Hockey League is getting any closer to having players get on the ice.

The league held a conference call on Tuesday to provide an update amid the Coronavirus pandemic, which has shut the sports world down. League officials say they are extending the players’ self-isolation period until at least April 15, according to national hockey reporter Darren Dreger.

That means team facilities and arenas will remain closed and empty for at least another two weeks. When the league suspended its season, the Minnesota Wild were 35-27-7, and 10th in the Western Conference with 77 points. They’re one point out of a playoff spot and three points out of the No. 6 spot.

Before play was suspended, the Wild had 13 regular season games remaining, and six games left at Xcel Energy Center. The Wild had been 7-3 in their last 10 games before the season was suspended.