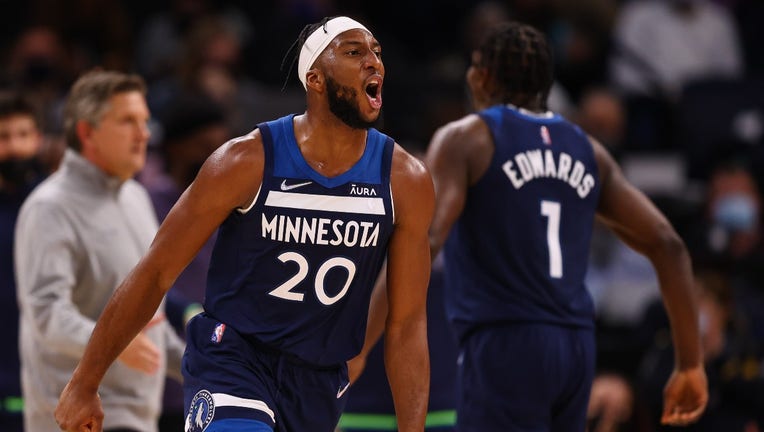 Josh Okogie #20 of the Minnesota Timberwolves reacts after dunking the ball during the second quarter against the Houston Rockets at Target Center on October 20, 2021 in Minneapolis, Minnesota. ((Photo by Harrison Barden/Getty Images))

MINNEAPOLIS - The NBA announced Monday it has fined the Minnesota Timberwolves $250,000 for organized workouts the team held back in September in Miami.

In a news release, league officials say the workouts violate league rules that prohibit teams from arranging or paying for offseason practice or group workout sessions for their players outside a team’s market. According to Adrian Wojnarowski with ESPN, the workouts were held at the home of new minority owner Alex Rodriguez. The team had a dinner with Rodriguez and his ownership partner, Marc Lore, to finish off the week in September.

The NBA does not allow teams to organize such activities for a team outside of their market. Pictures posted to social media by Lore on Sept. 8-9 show the team gathered at a gym.

Just a few weeks later, owner Glen Taylor fired front office head Gersson Rosas after about two years with the organization. The Timberwolves went 42-94 with Rosas in charge of the front office, and it was later learned he was having an inappropriate relationship with a staff member.

After a 3-1 start, which included a win over the defending NBA champion Milwaukee Bucks, the Wolves went on a six-game losing streak and have lost seven of their past eight games. The Wolves (4-8) face the Phoenix Suns Monday night.