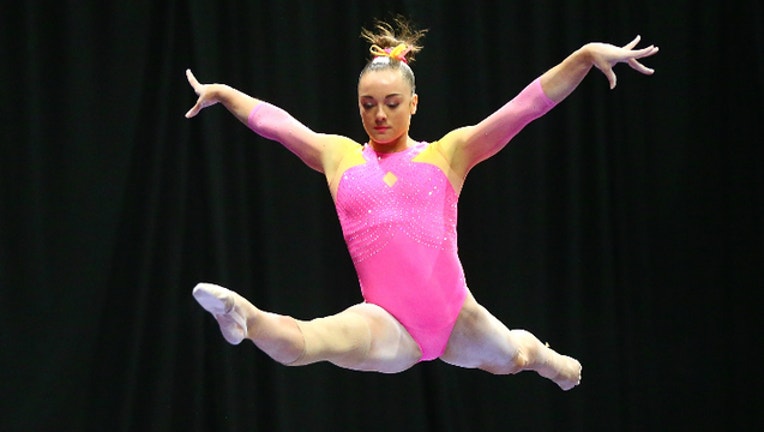 ST. LOUIS, MO - JUNE 24: Maggie Nichols competes on the balance beam during day one of the 2016 P&G Gymnastics Championships at Chafitz Arena on June 24, 2016 in St. Louis, Missouri. (Photo by Dilip Vishwanat/Getty Images)

LOS ANGELES, CA (KMSP) - Maggie Nichols, a Little Canada, Minnesota native and the first USA Gymnastics athlete to come forward to investigators as a victim of sexual assault by doctor Larry Nassar, will be awarded the Arthur Ashe Courage Award at the ESPY Awards Wednesday night.

Nichols and her fellow survivors of Nassar’s years of sexual abuse will accept the award Wednesday evening, according to the University of Oklahoma.

Nichols was the first athlete to come forward as a victim of sexual assault at the hands of Nassar. In a statement released in January, she revealed herself as "Athlete A" in the criminal investigation, explaining the abuse began when she was 15. She first worked with Nassar, the team's doctor, after facing severe back pain during one of her first stints with the national team. Nassar was sentenced in January to 40-175 years in prison after more than 150 girls and women gave impact statements about his abuse, according to ESPN.

“It’s such an honor to receive this amazing award,” Nichols said in a statement with Soonersports.com.  “I can’t even put into words how thankful I am to accept this award with so many strong and courageous women.”

“The award pays tribute to those who find ways through sports to make a difference far beyond the field of play and impact the world in indelible ways,” according to Soonersports.com.

According to a spokesperson from The ESPYS, Nichols and her peers are perfect recipients for the award.

“We are honored to recognize the courage of these women at the 2018 ESPYS, to acknowledge the power of their voices, and to shine a very well-deserved spotlight on what speaking up, fighting back, and demanding accountability can accomplish,” said Alison Overholt, Vice President and Editor in Chief, ESPN The Magazine, espnW, and The ESPYS. “They have shown us all what it truly means to speak truth to power, and through their bravery, they are making change for future generations. By honoring this group who spoke out, we aim to honor all of those who are survivors of abuse.”