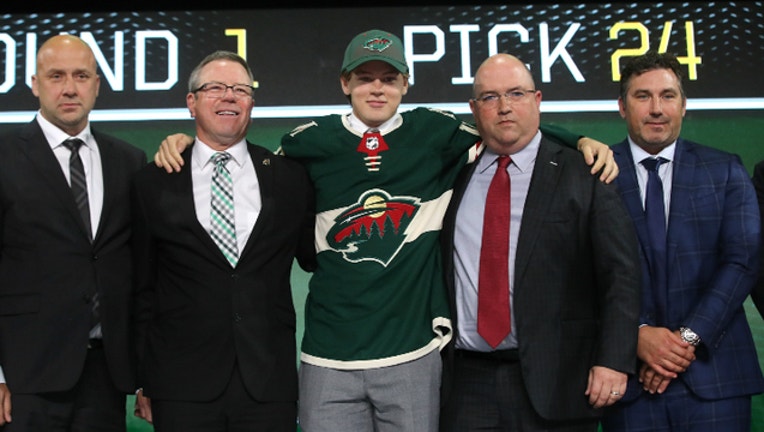 DALLAS, TX - JUNE 22: Filip Johansson poses after being selected twenty-fourth overall by the Minnesota Wild during the first round of the 2018 draft. (Photo by Bruce Bennett/Getty Images)

DALLAS, Texas (KMSP) - With their first pick in the NHL draft, the Minnesota Wild will be beefing up their defense.

In the first round for the 24th overall pick, the Wild selected 18-year-old defenseman Filip Johansson from Sweden.

He spent most of the 2017-18 season on the Leksands’ junior team. He is also a two-time medalist internationally.

Senior Vice President of Hockey Operations Brent Flahr called Johansson "a smart d-man with very good mobility" saying he "moves the puck very well in transition and plays the game with a lot of poise."