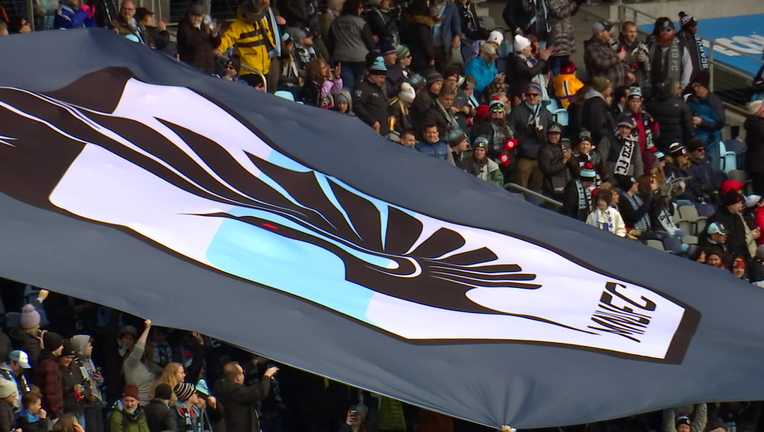 MINNEAPOLIS - Minnesota United learned its group drawing on Thursday for the “MLS is Back Tournament,” slated to start July 8 at ESPN’s Wide World of Sports Complex at Walt Disney Resort in Florida.

The Loons were placed into Group D for the 26-team, World Cup-style tournament. They’ll face Real Salt Lake, Sporting Kansas City and Colorado Rapids in games that will all count for points in Major League Soccer and in the Western Conference standings. The game schedule has not yet been released.

"Like everyone we’ll be excited to get back to playing again. We had a terrific start to the season, hopefully we can pick up that momentum when we get to Orlando but like everybody, we just want to get everybody back into the building. We’re really excited to get to Orlando and get the season off and running again," Minnesota United coach Adrian Heath said after small-group training on Wednesday.

The MLS suspended play on March 12 due to the Coronavirus pandemic, after Minnesota United got off to a 2-0 start and was preparing to open the second season at Allianz Field with a four-game home stand. When the MLS stopped play, Sporting Kansas City and Colorado Rapids were each 2-0. Real Salt Lake was 0-0-2. The Loons had started 2-0 with wins at the Portland Timbers and at the San Jose Earthquakes.

All MLS teams will report to Orlando as early as June 24, or no later than seven days before their first match.

Matches will be held on a near daily basis, with times at 8 a.m., 7 p.m. and 9:30 p.m. central time. After each team has its three matches played, the top two in each group will advance to the knockout stage, as well as the next best four third-place finishers. The knockout stage will feature a round of 16, quarterfinals, semifinals and the championship match will be held Aug. 11.

"We’re all competitors, we want to play games. I know some of the games are weird times, but it will be nice to compete again. Nice to get out on 11 v 11 games and try to get the season rolling again," Loons forward Aaron Schoenfeld said.

The winner of the tournament gets a spot in the 2021 Scotiabank Concacaf Champions League.

League officials are hopeful that once the tournament concludes, teams can go back to their home markets to continue the MLS season on a revised schedule. That will be announced at a later date.