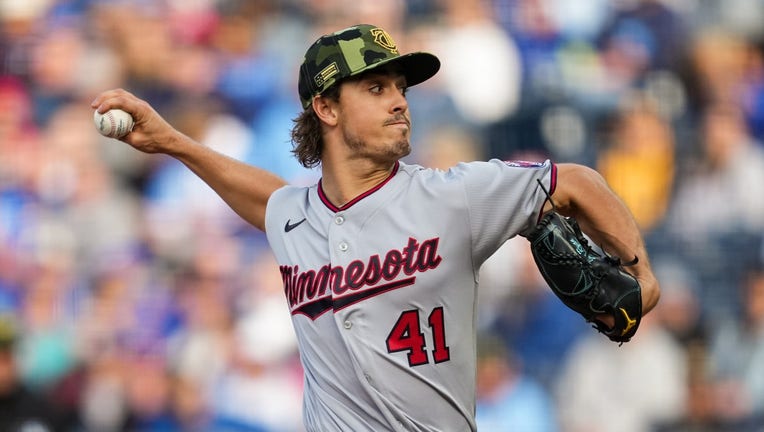 Joe Ryan #41 of the Minnesota Twins pitches against the Kansas City Royals during the first inning at Kauffman Stadium on May 21, 2022 in Kansas City, Missouri.  ((Photo by Jay Biggerstaff/Getty Images))

MINNEAPOLIS - The Minnesota Twins are finishing a three-game series against the Detroit Tigers on Wednesday at Target Field, and lost a starting pitcher before the finale.

The Twins announced before the game that Joe Ryan has been placed on the COVID-19 injured list. Ryan was in line to be the starting pitcher Thursday as the Twins open a four-game series against the Kansas City Royals at Target Field.

Ryan was the Opening Day starter, and has been one of the biggest bright spots as the Twins are 27-16, have won six straight games and have a 5.5-game lead over the Chicago White Sox in the American League Central Division.

He last pitched on Saturday, a 9-2 win over the Kansas City Royals at Kauffman Stadium as part of a three-game sweep.

To replace Ryan on the roster, the Twins recalled lefthander Devin Smeltzer from the Class AAA St. Paul Saints. Smeltzer made two starts for the Twins earlier this season, and went 1-0 with a 1.74 ERA.